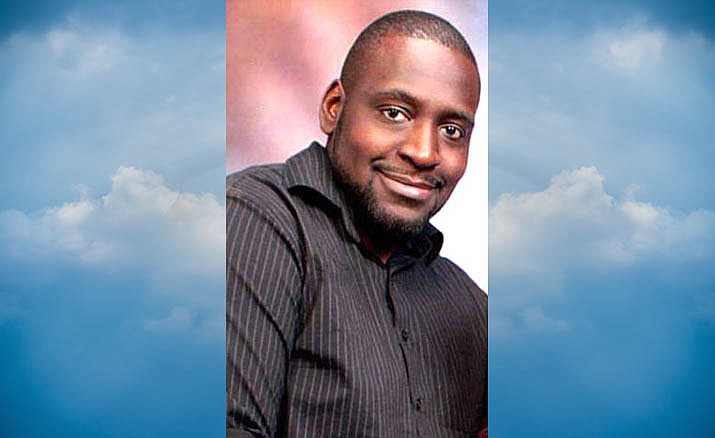 On Saturday, December 19th 2020 Dyshan “Batman” Gaines, loving father, son and husband, passed away at the age of 32. Dyshan was born on October 7, 1988 in Brooklyn, New York to Tyra La Starr Gaines.

After high school he went to Job Corps in upstate New York, where he became a certified electrician.

He spent his life serving his community and country first as a certified first responder in New York and later as a soldier in the United States Army, where he met and married his wife, Danielle Brady. Together they had two sons, Gabriel and Michael. Dyshan continued serving his community by working in the SPED department as a paraprofessional in the Sedona Oak Creek School District, and was working towards his EMT certification at the time of his passing.

Dyshan did everything in life the same way, with love, laughter and passion, his easy going personality had him making friends wherever he went. Constantly the life of the party he enjoyed singing karaoke, telling stories and writing comic books in his free time.

As a fan of all things related to pop-culture he collected movies, music and books of all kinds, which allowed him to talk to anyone about anything. He enjoyed a good debate, which he rarely lost, and spending time with his friends and family. He was best known for his kind heart, infectious laughter, and dedication to his children.

Dyshan is survived by his wife, Danielle; his two children, Gabriel and Michael; his mother, Tyra; step-father, Zubari and step-brother, Amare, as well as several cousins, aunts and uncles.

A viewing will be held on Tuesday December 29th, 2020 at Westcott Funeral Home in Cottonwood Arizona from 1 p.m. to 3 p.m.

True to his love for life he requested that everyone celebrate his time on earth by wearing something colorful to honor his passion in life.