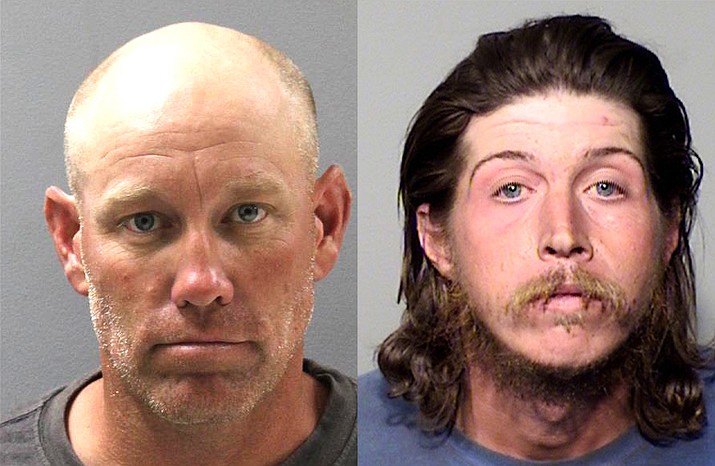 VERDE VALLEY — Two men with Verde Valley connections are sought by the Yavapai County Sheriff’s Office, according to a Dec. 28 news release.

Rewards are being offered through the Silent Witness program. The program has led to the arrest of 101 felons and has paid out almost $50,000 in rewards since its inception.

On April 28, 2019, police allege Brian Alan Curtis and two other people assaulted an elderly man in a tunnel near a business located in the 1900 block of West State Route 89A in Sedona. The victim sustained serious injuries.

Anyone providing information leading to Curtis’ arrest could be eligible for a $500 cash reward.

Curtis then took the victim’s wallet, police said, including his credit cards and his ID. Curtis was later arrested and convicted but has since been released on probation and has violated his probation.

Curtis is believed to be transient but has been contacted in Prescott Valley, and, more recently, in Cottonwood.

Thanks to the United States Marshal’s Service’s Violent Offender Task Force, the reward for information that leads to the arrest of Robert David Pearsall III is $8,000.

Pearsall, 43, is wanted on charges that include first-degree attempted homicide and two counts of aggravated assault. He was convicted on those charges, which stemmed from an attack that occurred near the Verde River in Yavapai County in September 2018.

Pearsall was camping in the area of Bear Siding campsite, near the Verde River, when he approached the victim from behind, police allege. Unprovoked, Pearsall allegedly struck the male victim about the face and head several times with a hardened piece of wood until the victim went to the ground unresponsive and bleeding from the head and face.

Pearsall was arrested for the offense but was subsequently released on bond, pending his trial. Pearsall then fled prior to his conviction and sentencing. He’s been at large since.

Pearsall is described as a white man, about 5-feet, 11-inches tall, 165 pounds with blond balding hair and green eyes. His last known address was on Moall Drive in Prescott.

According to a media release, Pearsall is believed to change his appearance often and is possibly driving a white 1999 Acura TL 3.0 4 door with a fictitious or no plate. He has two outstanding warrants: one with no bond and nationwide extradition, and another with a $100,000 bond that makes him extraditable in Arizona only.

All tips are always anonymous. You never have to give your name.