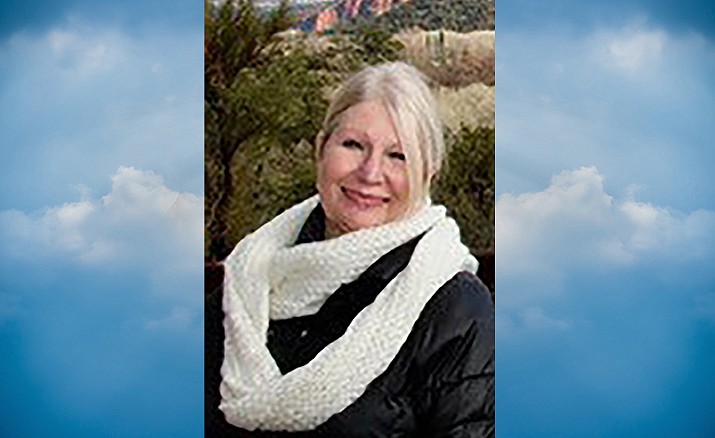 This pretty little Southern Gal was my wife of nearly twenty years. Debbie was taken suddenly by our Lord on 12/17/20.

We first met while Debbie was working as an employee of Pier One Imports; she repeatedly ignored my frequent visits, as was her way (she was very shy). I eventually asked her to marry me with flowers and a ring in hand, while she was standing on a tall ladder.

We spent nearly 15 years together, as husband and wife, and enjoyed life’s finer moments traveling many states together in our RV. Debbie was a collector of cookbooks written in the small hometowns we visited. Debbie also enjoyed collecting jewelry, especially antique brooches; no wonder, she was employed at the Cottonwood JCPenney for nearly 10 years as one of their top “jewelry” sales associates.

Being a “Southern Gal” meant taking occasional abuse from others due to her southern accent. Debbie never strayed from her Kentucky roots though, and living in the small town of Cottonwood was memorable to her growing up in Monticello Kentucky.

Debbie was a lover of animals. Over the years she bonded strongly with our birds, especially a white-zebra Finch she rescued from the Phoenix heat one hot summer day, found under the RV.

That bond was precious and lasted nearly six years.

What always amazed me was how Debbie could crochet an entire Afghan blanket, watching her crime shows on TV while rarely looking down.

Debbie is survived by her husband, James Brassard (JB), her daughters, Farrah and Shelly and her brothers, Jerry and Bill and Bill’s wife, Myrtle Ann Riggs.

Debbie was cremated on 12/20/20, with donations made to the Donor Network of Arizona prior to her cremation. In lieu of flowers the family has requested a small donation to any non-kill animal shelter in her name.

To share a memory of Debbie or send a condolence to her family please write to email: jeepjim@centurylink.net.