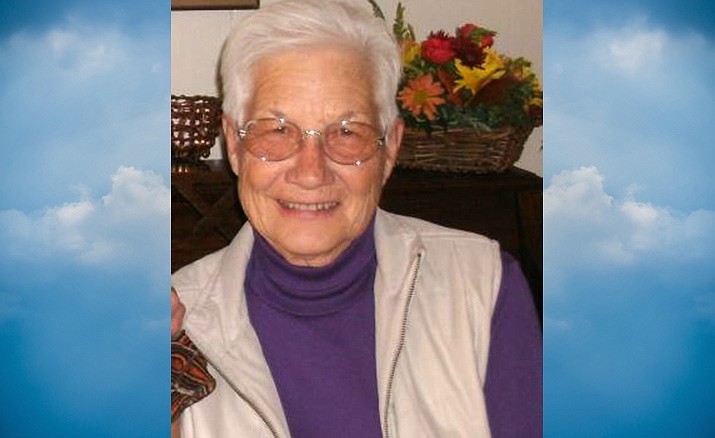 Ellen, as she liked to be called, lived a full and rich life in both Arizona and Southern California.

She was born Unar Ellen Martin in Palmdale, California in 1930 but moved to Phoenix as a young child with her mother, Bertha and father, Roy Martin. Her father passed away from tuberculosis in the 1940s and her mother remarried Carl Austin, a Phoenix contractor and homebuilder.


Ellen attended Phoenix Union High School and also Peoria High School. She was active in sports and received several awards as a student athlete in track and field and also in softball. At age 16 she qualified to try out for the U.S. Olympic Team in high jump but missed the chance to participate in the games, which were to be held in London.

She was a member of the National Honor Society for her excellence in academics and was also considered to be a gifted pianist.

She was also a hard worker outside of school. She worked in a restaurant on east Mohave in Phoenix while in high school and saved the money she earned in order to buy the equipment from the owner and run the restaurant by herself.

After taking over the business she employed another girl and they ran a successful lunchtime restaurant with many loyal customers. She was known for her solid business sense and hard work ethic by those acquainted with her.

At age 21 she married W.D. Norris, an Air Force sergeant stationed at what was then Williams Air Force Base outside of Phoenix. They lived on the base and had two sons together, William and Richard before Sergeant Norris was reassigned to Nellis Air Force Base in Nevada, at which time they moved to Las Vegas in the mid 1950’s.

They lived there until Sergeant Norris was reassigned overseas and Ellen and her sons moved back to Phoenix to live with her parents. As sometimes happens with long separations her marriage ended in divorce in the early 1960’s.

While living with her parents and working as a receptionist at the historic Adams Hotel in downtown Phoenix she met Mr. George Kelly. Mr. Kelly worked at the Adams as an assistant to a well known businessman whose offices were in the building. Things worked out for the two of them and they were married in 1962 and went on to raise the two boys at their home in east Phoenix.

During the early 1960’s Ellen also worked part-time as a model and radio announcer in the Phoenix area. She eventually found a career as an Executive Assistant and worked for the Arizona Corporation Commission before moving to a position as Assistant for the Superintendent of the Tempe Union High School District.


After both of the boys left home in the early 1970’s, Ellen and her husband moved to Cottonwood. At that time her parents, Carl and Bertha Austin ran a construction and home building business here.

During that time Ellen became involved in wood carving, and became quite an artist and exceptional carver. The Verde Independent did an article on her and her carvings of birds in 1975.

Ellen and George lived in Cottonwood for a number of years before moving to Santa Barbara, California, in the early 1980’s. It was in Santa Barbara that her love of art, painting and wood carving really blossomed. She worked in water colors and frequently showed at the well known Santa Barbara Art Walk on the beach in Santa Barbara. Her paintings were highly sought after and her reputation as an artist eventually led to her becoming the president of the Santa Barbara Art Association, a position she held for many years. As a past president she was given a lifetime membership in the association.

During her time in Santa Barbara she worked as the Executive Assistant to the Fire Chief of Santa Barbara County, a position she retired from in the early 1990’s. Unfortunately her husband George passed away from cancer while living in Santa Barbara.


Ellen moved back to the Verde Valley in 1993 and settled in Camp Verde for a number of years. She moved to Cottonwood in 2000 and became involved with a number of art organizations in the area. She was a member of the El Valle Artist Association and of the Verde Valley Carvers and frequently participated at art shows throughout the Verde Valley and Sedona. She was known not only for her water colors and wood carvings but also for her hand painted silk scarves. She received numerous first place and people’s choice awards over the years at the Verde Valley Fair for her work in different media. She was an extremely talented and gifted artist.

She was an avid hiker and walker and held yearly passes to Dead Horse Ranch State Park where she loved to hike. She was a member of Friends of the Forest and hiked many of the trails in Sedona.

In her late 60’s and early 70’s Ellen decided it was time for her to see the world and she booked walking tours through Elderhostel and other companies and took trips around the world.

On separate tours over the next several years she visited England, Ireland, Germany, France, Switzerland, Italy and Australia. These tours were always a couple of weeks long and the groups covered several miles a day on foot.

What a great accomplishment for her and something she always wanted to do! She was an amazing and talented individual and she lived a rich and full life.

Her son, Richard passed away several years ago but she is survived by her son, Will Norris, and his wife, Shelley, that live in Cornville.

All that were blessed to know her will miss her, her kindness and her smile. She is at peace now.