5-year prison term in Cottonwood fentanyl bust
Police chief: 'Conservatively, this is enough fentanyl to kill more than a half a million people' 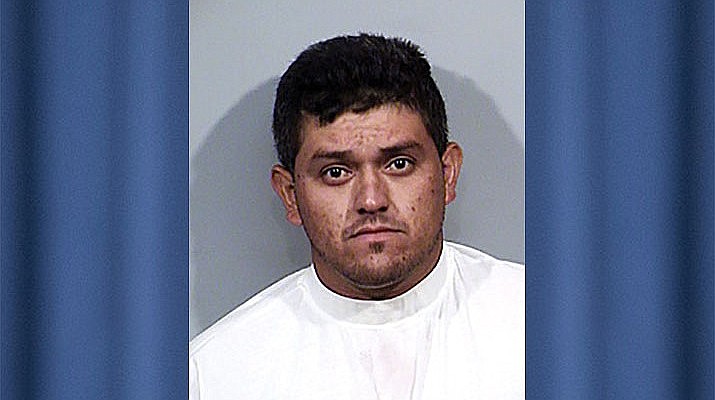 A Mexican man has been sentenced to serve 5 years in prison for helping to transport more than 3.5 pounds of fentanyl.

Rigoberto Pacheco-Sanchez, 31, was driving toward Cottonwood on Highway 260 near Cherry Creek Road on Aug. 29, 2019, when he was pulled over for a cracked windshield and expired California registration tag, according to the Cottonwood Police Department.

Pacheco-Sanchez initially fled on foot, but was captured a short time later.

They found the fentanyl and one gram of methamphetamine.

The fentanyl was in powder and pill form and had an approximate street value of about $900,000, according to a news release.

“Conservatively, this is enough fentanyl to kill more than a half a million people,” Cottonwood Police Chief Steve Gesell said at the time.

Pacheco-Sanchez and Briones-Becerra were booked into the Yavapai County jail in Camp Verde and bond holds were placed on both of them by Immigration Customs Enforcement.

Pacheco-Sanchez eventually plead guilty to “sale or transportation of narcotic drugs” and was sentenced on Jan. 27 after serving 151 days in jail.

Briones-Becerra’s court case has yet to wrap up, but he is currently scheduled for a change of plea hearing on Feb. 10.