Suspect, sought in Cornville domestic violence case, turns himself in 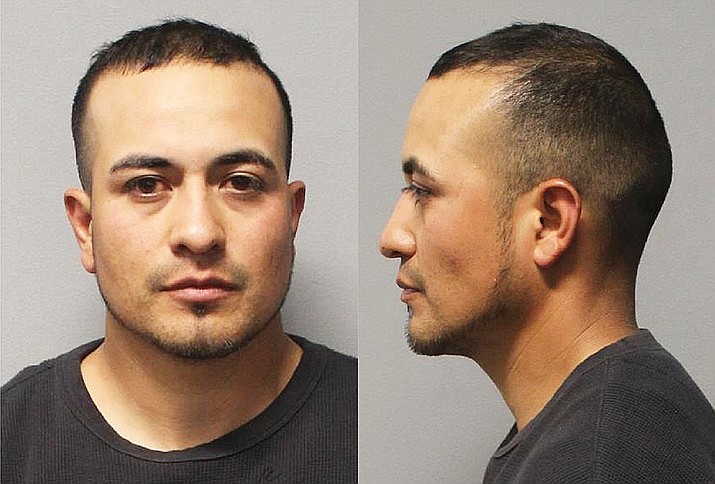 Jacob Alonso Ramirez, 30, of Cornville is wanted for allegedly assaulting his girlfriend late Thursday, Jan. 30, 2020. Ramirez is 5-foot-4 and weighs about 180 pounds. He has brown eyes and black hair. Anyone with information on his whereabouts is urged to call YCSO at 928-771-3260 or report a tip anonymously to Yavapai Silent Witness at 800-932-3232. You never have to give your name. (YCSO/Courtesy)

Early Saturday morning, a man sought in a Cornville domestic violence case turned himself in to police and was booked into the Camp Verde Detention Center.

The Yavapai County Sheriff’s Office had been searching for Ramirez after he allegedly assaulted his girlfriend. YCSO deputies responded to a call at a home in the 10000 block of E. Storey Dr. in Cornville on Thursday after Ramirez attempted to choke his girlfriend while smothering her nose and mouth with a blanket, according to a YCSO release Friday evening.

The victim was, at some point, thrown into a television, according to YCSO.

On Friday morning, the victim was able to leave the house while Ramirez was asleep and contact law enforcement. Deputy’s noticed bruising to the victim’s nose and neck while speaking with her.

Ramirez is known to possess a firearm and knife. In addition, he has an active probation violation warrant.

Due to the nature of the information, the YCSO Special Weapons Team activated intending to arrest Ramirez at the Cornville home. Unfortunately, he fled prior to their arrival and an area search began.