Mingus baseball has chance to play at Chase Field 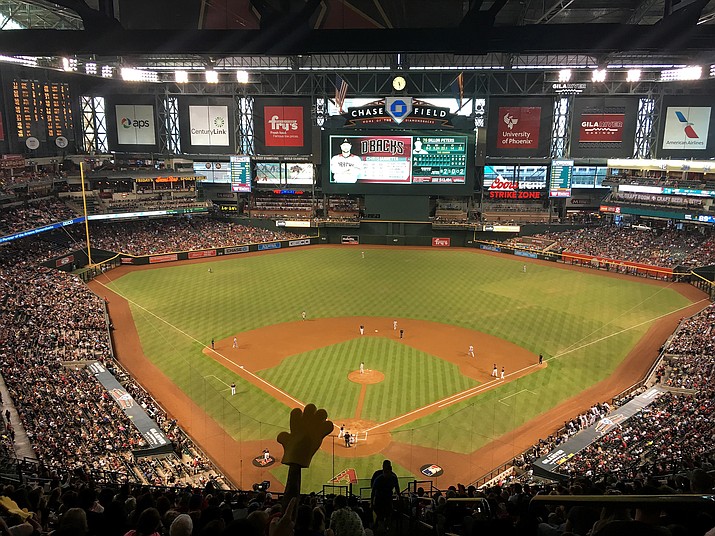 Mingus Union baseball could get to play at Chase Field, home of the Arizona Diamondbacks. VVN/Bill Helm

If they sell enough ticket vouchers, Mingus Union baseball will get their own ticket to The Show.

Should the Marauders sell 600 ticket vouchers for Major League Baseball games, then they will get to play Lee Williams at Chase Field, home of the Arizona Diamondbacks in April.

“We got an email given the opportunity to see if we would like to play at Chase Field,” Mingus head coach Erick Quesada said. “Obviously coming from a small town we kinda jumped at the bit for that. I’m really excited about the opportunity from the D’backs from sure.”

“They look at teams that have been successful in the past and the teams that have had real notoriety around the state in the baseball community and our name came up and we were given the chance to try to sell some tickets for it and we jumped at the opportunity for it,” Quesada said.

A part of Arizona’s D-Backs Give Back campaign, the selling of the vouchers doubles as a fundraiser for the Marauders.

“We’d have to sell a certain amount of tickets in order for us to play but it also counts as a fundraiser for our program so it’s really a two headed communal monster but that’s nice,” Quesada said. 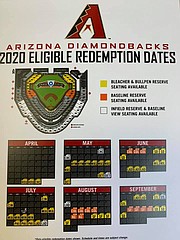 Available dates for the vouchers

To purchase them, Quesada said to contact him through the school or message the Marauders’ Facebook page: @mingusbaseball.

“They can get ahold of me, they can get ahold of our Mingus Baseball Facebook page,” Quesada said. “There’s opportunities to get tickets, like I said, 600 tickets in a small community, that’s kind of a heavy task but I think that if we all collaborate together, it will be a really good thing for us to get going.”

The vouchers can be redeemed for tickets to Diamondbacks games from Apr. 27 to Sept. 2. The seats are bleachers, bullpen reserve, baseline reserve, infield reserve or baseline view.

The dates are both weekdays and weekends and feature National League and Interleague games.

“I think that’s what the misconception is that it is just for one specific game that you get it,” Quesada said. “There’s games all the way from April all the way to September, so you’re playing a bunch of variety of games, defending champs, all the way to teams in the division, so weekday games to weekend games during the during the summer time, so you’re getting a good variety of games, not just one specific game that you have to go to.”

Although the state tournament features games at college or spring training ballparks and the Marauders are set to play where the Cincinnati Reds organization spring trains in April, the chance to get to play at a regulars MLB ballpark is rare.

“I keep telling them that it’s a once in a lifetime opportunity,” Quesada said. “I mean I wish it was something that a lot more teams did but we should be grateful for the opportunity for that and just the excitement that I saw on the kids’ faces made it all worthwhile. I’ve been lucky enough to play in some big time stadiums but never in a huge stadium like that and I’ve always wanted the best fro my kids and I always wanted them to do better than me and I think that’s something that they should really be looking forward to and be excited about.”