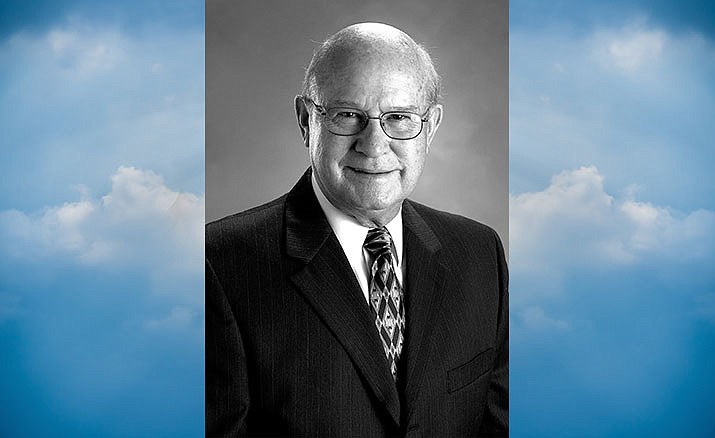 Harold Lee Hollon, 83, of Cottonwood, passed away Thursday, January 23, 2020 at his home. He was born December 1, 1936 in Arlington, Oklahoma to Noah and Kathryn Hollon.

From 1955–1959 Harold served in the United States Navy as a BT2 during the Korean War; receiving Good Conduct and China Services Medals.

Harold worked as a fireman from 1964–1981, retired. During his years as a fireman, he also barbered, had a lawn service, drove school bus and retired from Yavapai County where he worked as a maintenance man.


Harold attended and graduated from Barber College from 1960-1963. As a fireman, he worked as a firefighter to EMT to Engineer, then Fire Captain from 1970-1980. He also, along with his wife, Connie, owned their own business in the Art Gallery and Frame Shop.

Harold was a member of the Verde Valley Church of the Nazarene, Cottonwood and served as a board member and secretary of the board. He loved to fish, hunt, feed his birds, gardening, working in his yard and he loved to go camping. He loved the USA and the Oklahoma Sooners.

He is preceded in death by his parents, Noah and Kathryn Hollon. He is survived by his wife, Connie; son, Steve Hollon (Victoria) of Surprise, Arizona; daughters, Diane L. Scott (Steven) of Heath, Texas and LaTonya S. Myers (Jerry) of Joplin, Missouri; 11 grandchildren and 11 great grandchildren.


A online guestbook is available at www.westcottfuneralhome.com.