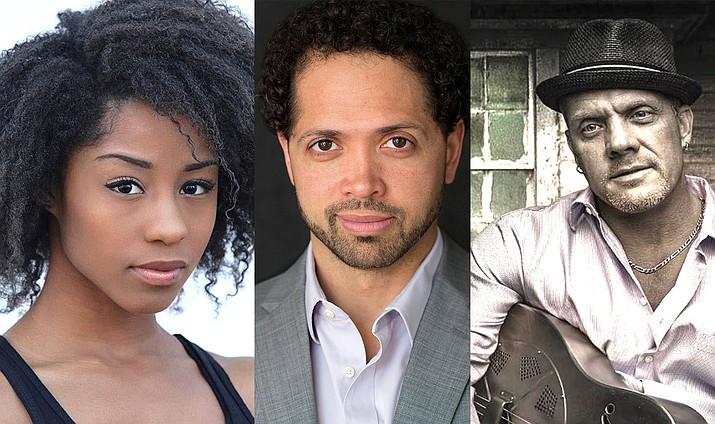 The Collective Sedona is located at 7000 AZ-179, in the Village of Oak Creek.

Inspired by real events in 1969, when a 14-year-old black girl named Vivian was shot in the head by a white cop in a segregated city in the American Midwest already bursting with racial tension, igniting one of the worst race riots in American history. No one knew anything about her; just her name, her age, and how she died.

This fantasia for two actors gives Vivian a life, a family, a love of music, and a reason to live – the jazz legend who is back in the neighborhood might be her real father. Can they find each other, before the city explodes?

Vivian’s Music, 1969 is produced by Camilla Ross and directed by Breinne Reeder. LA-based actors Quartay Denaya and Gabriel Grier will portray the only two characters in the show, Vivian Strong and Luigi Wells.

Quartay Denaya has appeared in feature films such as A Cowgirl’s Story (2016) and Kings (2017). Her most recent projects were short film Nia’s Shadow and Netflix feature Dolemite Is My Name.

Gabriel Grier’s credits include That News Show News Desk (2014), A Very Fragile Interior (2013) and Waylon Buzzard (2010) as well as numerous national TV commercials for Call of Duty, Geico, Toyota and Mountain Dew to name a few.

Opening music for the show will be provided by Leon J, a National Heritage Foundation Blues Hall of Fame Ambassador and performing artist. Acknowledged as a music historian and exceptional presenter, his captivating live performances highlight his vocal and musical talent as well as his story-telling skills.