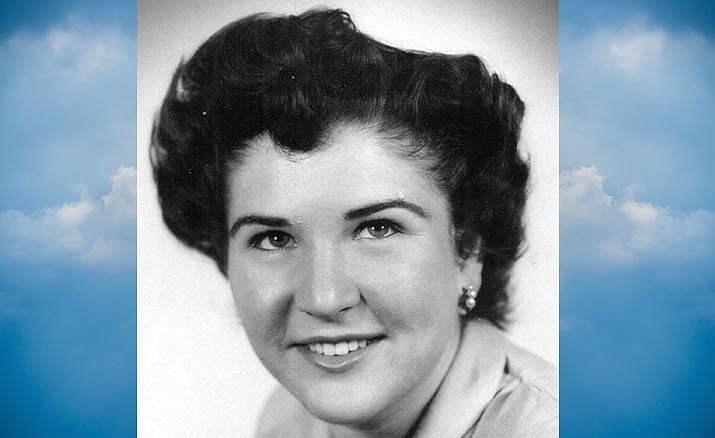 Barbara (Babs) Monroe was born in the back bedroom of her Aunt Fannie Stephens house in Prescott, Arizona on July 17, 1930.

She passed away in Camp Verde on January 28, 2020. She was the second child born to Howard and Gertrude Wingfield. Raised in Camp Verde she attended school in the original stone schoolhouse on Main Street and graduated from Camp Verde High School in 1947.

Following a few years attending NAU, she married Ralph Monroe Jr. in 1950. After their marriage, Ralph and Babs worked for Hank Wingfield on the Flower Pot Ranch and then for Kenny Wingfield on the Apache Maid Ranch. After several years they moved into the old house on the Monroe Ranch in Camp Verde.

In the spring of 1968, her husband Ralph passed away suddenly. Later that same year, she began working at Montezuma’s Castle as a park ranger. She would continue to work there for the next 25 years, retiring in 1993.

Since childhood, Babs displayed a love and talent for art, creating numerous paintings and drawings. One of her greatest passions was history, especially local and family history. She was one of the founding board members of the Camp Verde Historical Society and remained active within the group for the remainder of her life.

Babs loved being on the mountain, whether it was a weekend camping trip or a day of picnicking while getting firewood (she never passed up a good pine knot).

She was a genius with a Dutch oven and the coffee was always strong and black. A beautiful example of a Christian, she was a member of the Verde Valley Church of Christ.

In lieu of flowers, the family suggest contributions be made to the Camp Verde Historical Society in her name.

Arrangements are entrusted to Bueler Funeral Home of Camp Verde.