Sec. of State to federal judge to allow early-ballot law to stand 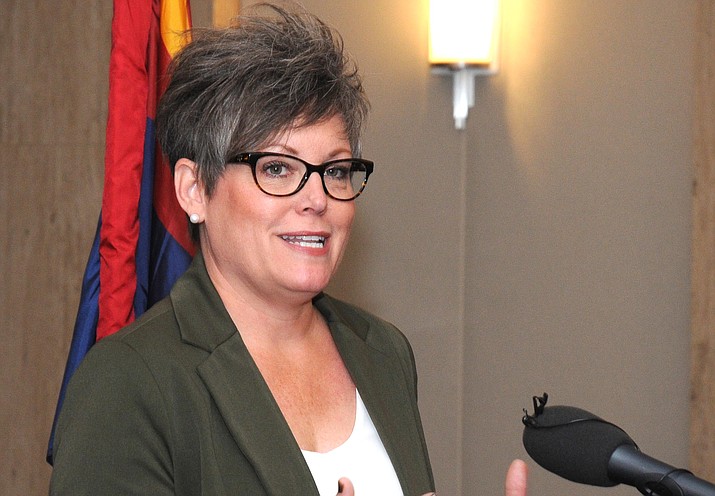 PHOENIX - Secretary of State Katie Hobbs is asking a federal judge to declare there's nothing unconstitutional about requiring people to get their early ballots to county offices by 7 p.m. on Election Day.

In legal briefs filed Monday on her behalf by Assistant Attorney General Kara Karlson, Hobbs said the two groups that sued, Voto Latino and Priorities USA, have no legal standing to challenge the law. She said they haven't provided any evidence that a member of their organizations -- or, for that matter, anyone at all -- has been harmed by the failure to count their vote because the mail wasn't delivered until after the deadline.

And Hobbs, through her attorney, claimed that Arizona provides more opportunities for voting than many other states. That includes the ability to cast an early ballot without having to provide any excuse at all.

More to the point, she said that people have 27 days to get that early ballot back to county officials. And if they can't get them in the mail on time, Hobbs said, they can always drop them off at polling places before or on Election Day.

Hobbs also she dismissed the idea that somehow voters are confused.

"The fact that all ballot must be received by election officials by Election Day is no secret,'' the filings said. "State law requires that everyballot issued include printed instruction notifying voters that ballots must be delivered to the officer in charge of elections by 7 p.m. on Election Day,'' information Hobbs said is provided in multiple languages as required by federal law.

The lawsuit filed in November contends the state has "no legitimate interest'' in enforcing the deadline, particularly when the state is promoting that people cast their ballot by mail. Attorney Sarah Gonski wants U.S. District Court Judge Dominic Lanza to require counting of ballots postmarked by the 7 p.m. deadline and received within five business days afterward.

Gonski cited the 2016 presidential preference primary where more than 72,000 Republicans cast a ballot saying they wanted Marco Rubio to be the GOP nominee.

Only thing was, he quit the race days before. Gonski said it was that required to have ballots in by that 7 p.m. Election Day deadline that caused so many people to "waste their vote on a ghost candidate."

"If voters want to wait until Election Day to see what happens until they campaign ends, they can do so,'' she said.

"But Arizona law gives them the option of voting earlier if they choose to do so,'' Hobbs continued. "That choice, however, is not a burden on the voters.''

Nor was Hobbs swayed by the fact that mail delivery can be "unpredictable, particularly in rural areas where home delivery is not common and mail is often re-routed through central processing facilities in far-flung cities.''

"Again, voters have choices, and they can weigh factors such as the unpredictability of mail delivery when deciding how and when to cast their ballot,'' Hobbs said. "For any mailed ballot, there needs to be a deadline for receipt, and somebody may miss it, just as someone may arrive to the polls too late on Election Day to cast a ballot.''

Hobbs, in her filing on Monday, does not respond to specific complaints by Gonski that the personal drop-off option can be "more time-consuming and burdensome" for rural voters who often live many miles from a drop-off location, as well as Hispanic and Latino voters, who, she said, have difficulty obtaining transportation or leaving work during the hours when county recorders' offices are open.

That opens the door for Gonski to claim a violation of the Voting Rights Act which generally prohibits states from enacting laws that impair the rights of minorities to vote.

Gonski also told the judge the problem is complicated by a 2016 law that now makes it a crime for volunteers and others to help collect early ballots.

A federal appeals court last month voided that law with the majority concluding that the Republican-controlled Legislature enacted that restriction with the goal of suppressing minority votes.

Attorney General Mark Brnovich is seeking U.S. Supreme Court review -- but without Hobbs who said that she agrees with the court's ruling.