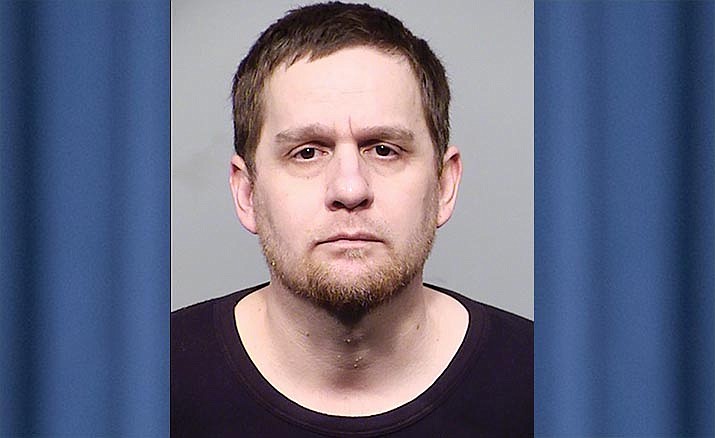 The children live in an apartment complex nearby and were walking in the vicinity of the suspect’s resi-dence.

Police knocked on his door, but he no one answered, the release states.

Officers then obtained a search warrant, and later, while many people were home watching the Super Bowl, officers returned with the warrant and removed Noble from the residence.

He is a Level 3 registered sex offender, due to similar charges, and evidence of an undisclosed type was seized from his residence, to be sent to a lab for analysis.

The release states that an investigation is ongoing.

Noble was booked into the Yavapai County Detention Center, where he remained, as of Tuesday after-noon, on a $15,000 cash-only bond.