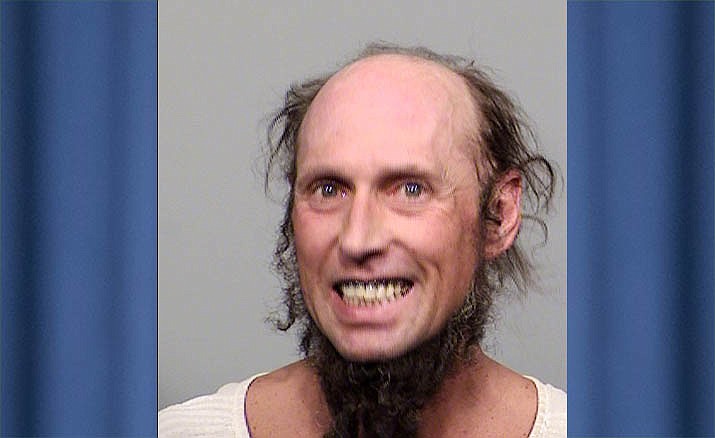 CAMP VERDE — A man accused of making terroristic threats in a Village of Oak Creek bank in November has been declared not competent to face charges.

Michael Willis Chase, 48, has been ordered to undergo competency restoration services by Superior Court Judge Michael R. Bluff, based on a clinical evaluation. Chase will undergo treatment and a report will be delivered to Bluff within 60 days.

Chase faces a total of 13 counts, including charges of misconduct involving a simulated explosive device, false reporting of an emergency, disorderly conduct and criminal damage to property.

His bond was later set at $500,000, cash only, but Bluff revoked all bond based on the competency evaluation. Chase has been held at the Camp Verde Detention Center since his Nov. 21 arrest.

Chase’s charges stem from a Nov. 21 incident that the Yavapai County Sheriff’s Office says happened at the Chase Bank location in the Village of Oak Creek, along State Route 179, at the intersection at Verde Valley School Road.

On Nov. 21, the Sheriff’s Office alleges, deputies were dispatched to the bank regarding a man inside yelling and claiming he had a bomb. Chase, the suspect, allegedly had walked into the bank, demanding staff close his account, in addition to making statements about possessing a bomb.

He also allegedly told the bank employees that he had a second bomb inside his van, parked outside next to the bank.

Chase was wearing a poncho that covered most of his upper body and appeared to be carrying a cell phone and a box. Bank employees activated an alarm and evacuated the building, with law enforcement arriving soon thereafter and securing the area.

A U.S. Forest Service law enforcement officer was the first to make contact with the suspect, attempting to subdue him with pepper spray, which had minimal effect, but a YCSO deputy soon arrived to assist. A Taser stun gun was deployed.

A Department of Public Safety bomb squad later determined there were no explosive devices inside the bank or the suspect’s van.