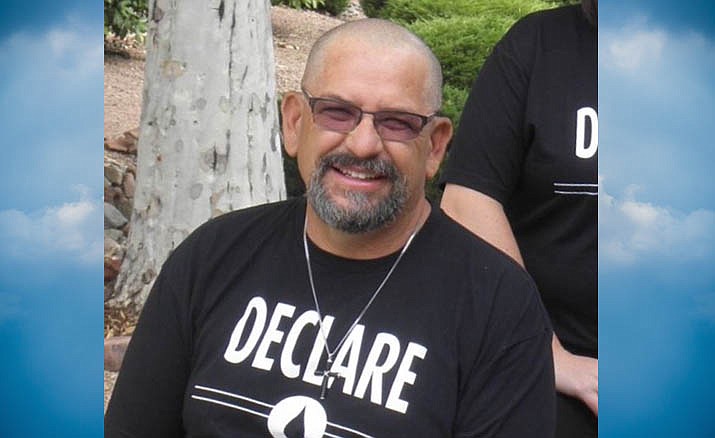 Sevio Serna was born December 8, 1963 to Eu Sevio Serna and Carol Rydberg and went to be with his Lord and Savior on January 28, 2020.

Sevio was born in Silver City, New Mexico and then as a young child, moved with his family to Northern California and then in the 1976 the family moved to Cottonwood Arizona, where he resided at the time of his death.

Sevio graduated from Mingus Union high school in 1982 and went on to work for the United States Forest Service, where he was a sawyer boss for 7 years and then in 1993 he went to work for Phoenix Cement, now SRMG, where he worked for 26 years starting out as a laborer and working his way up to production manager.

During his employment at SRMG, Sevio went back to school at age 50, where he earned a bachelors degree from The University of Phoenix.


Sevio loved being outdoors and hunting was a passion of his and just being in the woods brought a smile to his face. His second passion was coaching softball. He loves being involved with the Verde Valley Little League, where he coach and developed a taste for umpiring also. He also coach travel softball and high school.


Services will be held at Verde Community Church on February 7th at 1:00 p.m.

In lieu of flowers please make a donation to the Mingus Softball program.