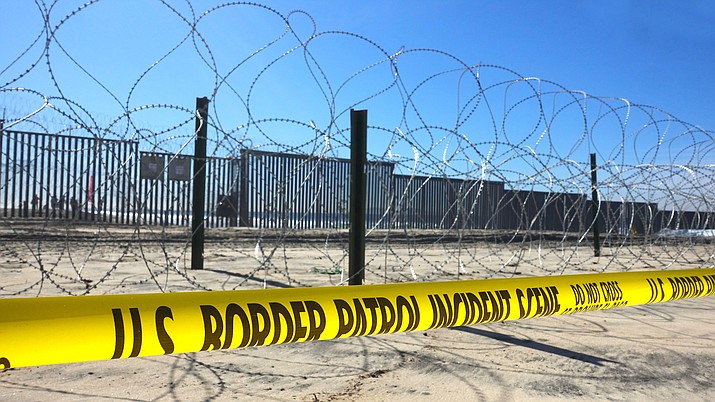 Calling it a matter of property rights and security, the state House voted Thursday to let those living along the border to construct walls without first getting local permission or building permits. Adobe Stock

PHOENIX - Calling it a matter of property rights and security, the state House voted Thursday to let those living along the border to construct walls without first getting local permission or building permits.

The 31-29 party-line vote came a week after it fell one vote short when Rep. Tony Rivero, R-Peoria, refused to go along with the Republican majority. Rivero, who has led trade missions to Mexico and elsewhere, told Capitol Media Services at the time that he was "not sure this was the right way to go.''

On Thursday, Rivero did not explain his change of heart.

But Democrats, in opposing the measure, said HB 2084 sends precisely the wrong message as Arizona seeks to build ties with its southern neighbor.

"We were welcomed with open arms,'' he said.

This legislation, he said, does the exact opposite, sending the message "that we prefer a wall to friendship.''

But Rep. Gail Griffin, R-Hereford, had a different take.

"We respect our neighbors to the south,'' she said.

"This is not about race,'' Griffin said. And if there's someone these walls are aimed at, she said, it is the drug cartels that operate along the border.

And she also said it has nothing to do with the wall being built by the federal government along stretches of the border, construction that already can take place without state or federal permission. What's at issue, Griffin said, is what landowners living along the border build on their own property.

"This is an issue of private property and private money to move forward with safety of your property, of your and your family's ability to keep people out,'' she said.

"I also have a firm belief that building permits help us to keep buildings safe, help us to make sure that a plan for a building is a safe building,'' she said.

"It is about building anything safely and not going around the permitting process,'' Epstein said. "If there's going to be construction it needs to be safe construction.''

Rep. Kelly Townsend, R-Mesa, said there's a safety reason for exempting privately built border walls from local permitting. But she said it's about the safety of local officials who, threatened by cartels that want open borders, would be loath to grant the necessary permits.

The proposal by Rep. Warren Petersen, R-Gilbert, is in direct response to problems faced by We Build the Wall, a private group that accepts donations to build barriers on private land along the border in places where there is no federally constructed fence..

That group ran into problems last year while building a 1,500-foot fence on private property in Sunland Park, N.M., near El Paso, Tx., without first getting city permission. That brought construction to a halt until We Build the Wall agreed to comply with city ordinances.

HB 2084 is designed to eliminate that possibility from occurring here.

Facing questions about safety, Petersen did agree to language requiring that the property owner must provide the local government with a statement by a professional engineer that the wall "was built according to the plan and safety requirements.'' That filing, however, does not need to come until two months after completion.

But Rep. Kristen Engel, D-Tucson, said this is less about security than politics.

"This is obviously an ideological bill,'' she said. "It's designed to reach out to the base, the base of the Republican Party on immigration issues.''