Celebrate Valentine’s Day in Sedona with the ‘Art of Sax’ 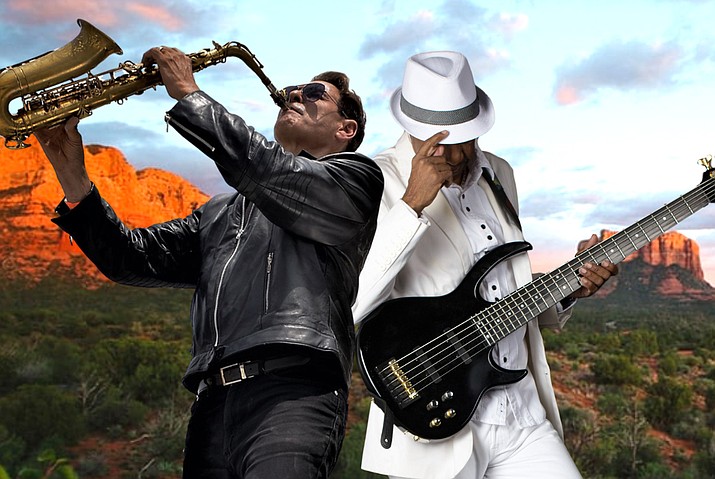 The Art of Sax is Southern California’s premiere groove band with a nearly 30 year history entertaining crowds of all sizes in Los Angeles, Orange County, the Inland Empire and beyond. The band consists of Will Donato (saxophone), Eddie Reddick (bass guitar + vocals) and Pebbles Glass (vocals)

Enjoy a captivating evening with the sounds of Will Donato’s Art of Sax Band. They will perform at Sound Bites Grill on Valentine’s Day in Sedona, 7-10 p.m., Friday, Feb. 14.

National recording artist, producer and artist Will Donato has two No. 1 Billboard Singles.

Donato is a cancer survivor who celebrates each day and each person he meets. He has headlined or shared the stage as a special guest at the Blue Note in New York City, the Seabreeze Jazz Festival, the Algarve Groove International Jazz Festival in Portugal, the Rehoboth Beach Jazz Festival, Humphrey’s by the Bay, the Capital Jazz Cruise, and Rick Braun’s New Year’s Eve.

The Art of Sax is Southern California’s premiere groove band with a nearly 30 year history entertaining crowds of all sizes in Los Angeles, Orange County, the Inland Empire and beyond. The band consists of Will Donato (saxophone), Eddie Reddick (bass guitar + vocals) and Pebbles Glass (vocals)

A group whose members are all respected recording artists in their own right, the Art of Sax draws from its vast experience and current hits to perform music from all genres, including pop, Motown, soul, rhythm and blues, hip-hop, funk and contemporary jazz. Heavy on the saxophone, bass, and smooth, soulful vocals, the band is recognized for its ability to read the room and quickly transition from upbeat dance tunes to mellow ballads when the situation calls for it.

Will Donato is one of music’s most dynamic performers, gifted with the ability to bond and connect with his audiences. He has authored multiple top 20 radio hits in the genre.  He has performed with some of the best known musicians of the groove/smooth jazz genre, namely Al McKay of Earth Wind and Fire, Richard Elliot, Bruce Conte of Tower of Power, Steve Reid of The Rippingtons, Brian Simpson, Steve Oliver, Gregg Karukas and Nick Colionne.

He has worked in the pop music genre as well - most notably with Gerald Levert, Wynonna Judd, Toni Childs, and superstar Richard Marx. His music can be heard on the number one contemporary jazz legacy hit from Steve Oliver, “High Noon” as well as on the soundtracks from several movie scores including Thelma and Louise, The Wedding Planner, Under the Boardwalk, and No Man’s Land.

Eddie Reddick (funky thumbs) is a native of New Orleans, Louisiana who migrated to California as a teen with his Mother, Father, and Sister. He grew up in Long Beach where he came in contact with several other musicians who had the same dreams and aspirations he himself possessed. That dream was to become successful and well known in the music industry.

Eddie is a modest but incredibly skilled bass player, has released five solo albums including his latest Bass Matters. He was an original member of the legendary local band the LA Boppers and has recorded with or shared the stage with superstars Bill Withers, Chaka Khan, and Roy Ayers. Eddies incredible spirit and love for audiences always comes through in his music and live appearances.

Pebbles Glass  is an award-winning singer both on stage and in the studio. Her amazing vocal range and ability to command the stage has made her one of the most in demand singers on the contemporary music scene.

The evening will be paired with tantalizing menu selections in addition to a groove jazz Valentines dancing evening for you to spoil your date with.

This is a ticketed event. You may purchase tickets by calling 928-282-2713 or visiting www.soundbitesgrill.com

Sound Bites Grill is located at 101 N. Hwy 89A in Uptown Sedona at the Shops at Pinon Pointe adjacent to the Hyatt Residence Club.