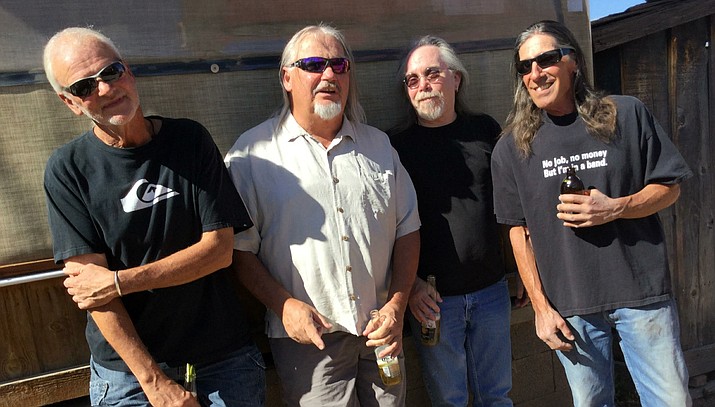 Saturday, Feb. 15, for dancing it’s the Gozers featuring the styles of the ‘70s, ‘80’s and ‘90s. Their song list is extensive featuring tunes by David Bowie, Elvis Costello, Badfinger, James Gang, Hendrix and Foreigner, as examples.

With 2020 in full gear, the Old Corral in Cornville is cranking and shaking up its live entertainment on the weekends.

For example, first and third Fridays its Karaoke with Tim and Renee of Diversity. These pros know how to make a great night happen with humor, music and a welcoming presence.

Beginning this week, is another addition, with the Northern Arizona Blues Alliance’s blues jam, now every other Sunday from 2-6 p.m.

Saturday, Feb. 15, for dancing it’s the Gozers featuring the styles of the ‘70s, ‘80’s and ‘90s. Their song list is extensive featuring tunes by David Bowie, Elvis Costello, Badfinger, James Gang, Hendrix and Foreigner, as examples.

Band personnel, however, is what really makes this show happen. Among the finest, steadiest and reliably dynamic drummers anywhere is Clay Harper, who has shared stages with the likes of Cheap Trick, Asleep at the Wheel and Tommy Tu Tone.

Former member of Iron Butterfly, Jim Jordan holds down the band’s signature keyboard influence. The bottom end is provided with subtle authority by Jeff Scrima, who is notably among the best rock vocalists in the region.

By far the most in-demand lead guitarist around, Dale Caddell brings perfection in his styling for The Gozers shows. In all, The Gozers do rock steady and consistently fill the dance floor.

Earlier in the week, there is other fun going on starting with Monday at 5:00 P.M. That’s when the popular weekly poker tournament begins. Tuesday brings another tournament, this time in the realm of billiards, only they call it pool. Segue to Wednesday there’s more pool, this time with league competition.

So, the Old Corral keeps bringing everybody’s favorite things to do, plus presents a big uptick in entertainment. New bands, favorite bands, and every style and type. Better said – Rock to Country – Blues to Funky.