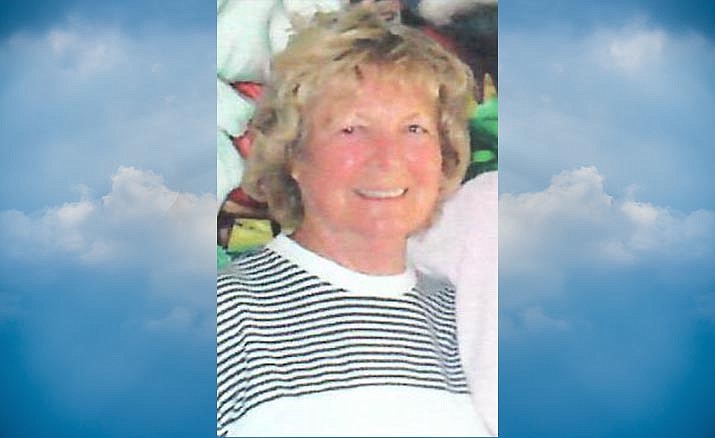 Constance M. Bullock was born in Danville, Illinois on June 18, 1928 and passed away on January 22, 2020 at home, surrounded by family and loyal dog, Mary, in Cottonwood, Arizona.

She is preceded in death by her parents, Dorothy Demonbreun Simmons and Henry Simmons.

While living in Southern California, she worked at Hughes Aircraft as an executive secretary and at TRW, Redondo Beach, where she met her loving husband Donald W. Bullock. Connie and Don moved to Scottsdale, Arizona in 1978. Having fallen in love with the desert, they also lived in Payson and Cornville.

Connie was proud to be a member of the Daughters of the American Revolution. She was also active in the Payson Republican Club, Rotary Club of Cottonwood and the Cottonwood Chamber of Commerce. Close to her heart was her involvement at Rainbow Acres where she met her “adopted granddaughter,” Lori Linderman.

In lieu of flowers, donations may be made to Lori Linderman c/o Rainbow Acres, 2120 Reservation Loop Rd, Camp Verde, Arizona 86322 (rainbowacres.com) An online guestbook is available at www.westcottfuneralhome.com.