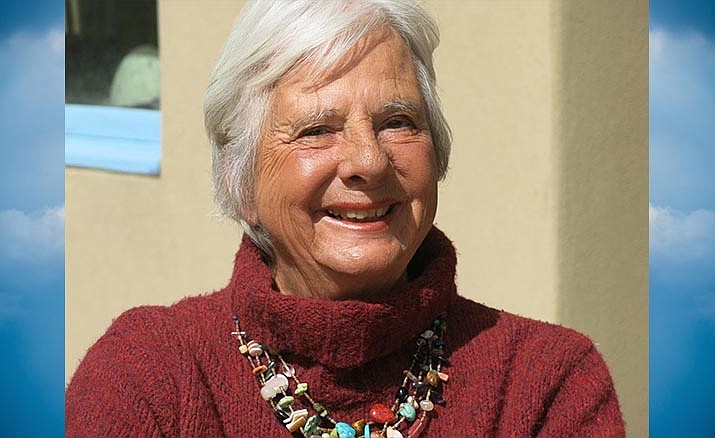 Our beloved Diane Sward Rapaport gently and peacefully left this earth for what she called the galaxies beyond on Thursday, January 9, 2020, surrounded by her husband, Walter Rapaport, her two sons, Michael Sward and Max Rapaport and friends from Utah and Burns. Her daughter, Kamala Joy was there in spirit as she was in India.

Diane was born June 12, 1939 and had an amazing life. She is survived by her three children mentioned above, her grandchildren, Aaron, Robin, and Myko and her recently born great-grandson, Roscoe, to her grandson Aaron and her grand daughter-in-law, Crystal. She holds a master’s in Rennaisance English literature from Cornell University, quite a feat as she became pregnant with her daughter her last year and had to lobby hard not to be forced to drop out as pregnant women were expected to in those days.

Her son Michael was born in 1964 and her son Max in 1977. Her brother, Paul and his son and daughter Chris and Nicole are also part of the rest of the family.

She is widely known for her work in the independent recording industry and her books “Making and Producing Your Own Recording” and “The Musician’s Business and Legal Guide” and has provided the keynote address at more than one music conference.

She was instrumental in pulling off the first and several subsequent San Francisco Hooker’s Balls, seminal events in the 1970s that are still talked about and emulated. She also wrote the well known book about Jerome, Arizona, “Home Sweet Jerome”, also the name of her worthwhile blog about many things at https://homesweetjeromedrapaport.wordpress.com/.

Most recently, she has been editing the book “Wrenched from the Land”, a collection of interviews with environmental activists famous in their own right who were also inspired by Edward Abbey, to be published April 1, 2020, by the University of New Mexico Press. Since moving to Burns she has served tirelessly on the Town Council and many water committees and workgroups. In the last several years Diane made critical and lasting contributions to addressing Harney Basin water resource issues. In addition to serving on the Harney County Watershed Council board for nearly five years, she was highly engaged in the Harney Community-Based Water Planning Collaborative, including sharing her sage advice as a Coordinating Committee member. As chairwoman of the Collaborative’s Domestic Well & Municipal Working Group, she organized efforts to articulate issues and amass essential information and worked effectively to find and advance solutions.

A teacher through and through, she was deeply dedicated and effective at gathering and sharing information with the community, often doing so through her talent of writing. Her combined passions for sustainability and community were reflected in how she drove change through working together.

During her almost 25 years in Jerome, Arizona she also contributed to her community, serving on their town council and the Jerome Historical Society. She is widely known also for serving her community by helping friends – with resumes, applications, relationships, financial planning and the like.

In Burns she is also known as the Tai Chi teacher who helped many people learn the physical, mental, and emotional benefits of relaxation. All who came into contact with her were acquainted with her kindness, generosity, curiosity, and sense of humor. Many of us got to hear her full-throated merry laugh, which could come with little provocation. Many of us got to eat her legendary cooking. Somehow she would find the time to make special dishes like baclava or spanakopeta for almost any occasion, just to make something that might normally be everyday be a memorable one. She always seemed to be looking for an excuse to host a dinner party, where laughter and hilarity and lots of food were consumed, along with unbelievable stories of her and her husband Walter’s adventures on river trips and through life. She will always be in our hearts.