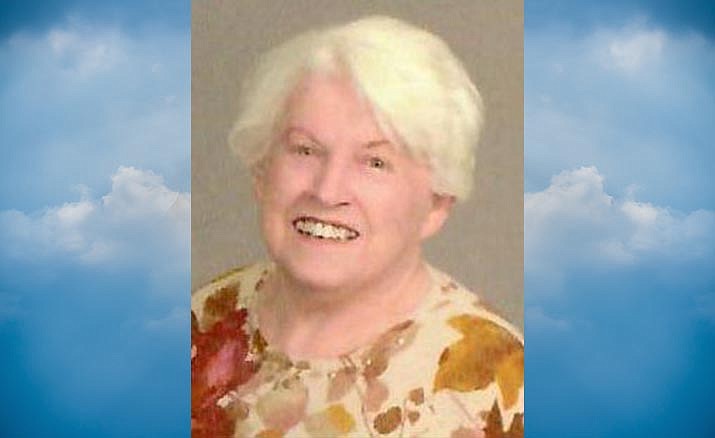 Geraldine Mary Hirschkorn, age 85, passed peacefully from this life into the arms of her Savior Jesus Christ on January 26, 2020 while at home surrounded by her family.

She was born in Lowell, Massachusetts in 1934 to Michael and Mary (Ryan) Boyle.

She joined the United States Navy when she turned 18 and spent the next six years serving her country. While stationed in San Diego, California, in 1957, she met and married Wesley Hirschkorn and they had four children.

After Wes retired from the navy they settled down in Merced, California for the next 30 years. In 1991 they moved to Twin Falls, Idaho and made many new friends.

Geri, as her friends called her, loved dogs, children and visiting with people. She made lifelong friends wherever she went. She was very active in the churches she attended including many bible study groups, teaching CCD and belonging to the Altar Society at St. Patrick’s church in Merced, serving in the Perpetual Eucharistic Adoration Association at St. Edwards church in Twin Falls, and being an Extraordinary Minister at Immaculate Conception church in Cottonwood.


She also enjoyed volunteering at the information desk and cancer ward at St. Luke’s hospital in Twin Falls. Geri loved raising her four children and was considered by them a blessing from God and the best mom they could have had.

She was a great cook and will always be remembered for her BBQ teriyaki chicken, rice pilaf, chicken cacciatore, hulupsi and especially her chicken and dumplings. After her children were raised, she enjoyed reading, spending time with friends, traveling (Oregon, Vancouver B.C., Kauai, Italy, Ireland, Spain, Germany) and spending time with her beautiful grandchildren (who will miss her dearly). She also liked to INDULGE in chocolate and watch her favorite teams, The Patriots and The Red Sox. Geri had a way of easily making friends by her caring nature and heart full of love for all.

A Funeral Mass will be held at Immaculate Conception Church in Cottonwood, on February 13 at 10:30 a.m., with a reception to follow at the parish hall. There will be a committal service at Fort Rosecrans National Cemetery in San Diego, at a later date.

In lieu of flowers, donations may be made to her mother’s favorite charity, the MaryKnoll Society at Maryknollsociety.org or PO Box 302, Maryknoll, NY 10545.