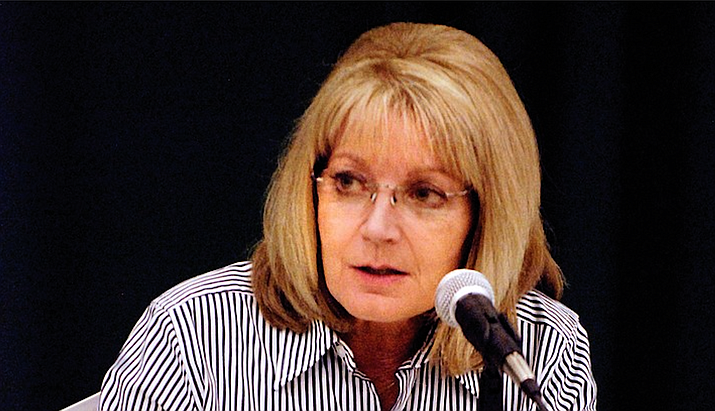 Senate President Karen Fann, R-Prescott, has said she looks favorably on a meausre that would approve per-day rates of compensation for lawmakers traveling to the legislature from outside Maricopa County. Capitol Media Services file photo

PHOENIX - State lawmakers are making another bid to more than triple the amount that they now get for coming to the Capitol during the session.

By a 6-1 margin, the Senate Government Committee voted to set the rate for lawmakers from outside of Maricopa County the same as what the federal government allows for travel out-of-town travel. At current numbers, that computes out to $133.50 a day for lodging and $56 for meals.

By contrast, out-of-county legislators now get a total of $60 a day for the first 120 days of the session which is supposed to cover all their costs. They do, however, get that $60 even for weekends and days there is no session.

He pointed out the current $60-a-day rate was last adjusted in 1984. And Borrelli said in just his eight years in the Legislature the rent on the apartment he has in Phoenix has doubled.

"I literally am paying to do this work,'' she said. "I'm living on ramen soup.''

And Steele said she believes that more people would be willing to run for office if the allowance were increased.

The legislation, which now goes to the full Senate, puts lawmakers in the uncomfortable position of voting for something that benefits themselves financially -- and doing so in an election year. But Borrelli told colleagues there are two benefits to approving this, and doing it now.

"We will never, every have to touch this ever again,'' he said, as future increases, tied to the federal GSA rate, would occur automatically.

And there's something else: The bill contains an escape clause of sorts, allowing lawmakers who don't want the money to turn down the increase.

Mendez said he does not question that what lawmakers get in a living allowance creates a hardship.

But he said that's just part of the problem. The rest of it, Mendez said, is the fact that lawmakers get just $24,000 a year, something that this legislation does not — and cannot — adjust.

That salary has not been raised since 1998.

Only thing is, the

Arizona Constitution says it is only the voters who can approve pay hikes. And proposals to increase the pay to $36,000 and even just $30,000 have been rejected.

"I would hate for this to pass and everybody thinks they've solved our pay problem,'' Mendez said, suggesting it would be better to leave the allowance where it is and instead convince voters for a real salary hike.

But SB 1461, as approved by the panel, is designed to get around at least part of the reason that the governor found fault with the plan.

Borrelli agreed to strip from his bill a provision which also would have boosted the per diem allowance for Maricopa County legislators — who get to go home each night and do not need lodging — from $35 a day to more than $92. Ducey, in his veto message, made it clear he saw no reason for such an increase.

A stripped-down bill -- one for only out-county lawmakers -- is much more likely to gain a gubernatorial signature.

"Arizona is the sixth largest state in terms of land area,'' the governor wrote last year in his veto message. "So for rural legislators and those representing areas outside of Maricopa County, there is a strong case to be made for ensuring we are appropriately recognizing what is required for them to be here at the state Capitol in Phoenix during session.''

"I am one of several members who is now 'paying' to serve here at the Capitol,'' she said.

Assuming the measure clears the Senate, it is likely to get House approval.

That still leaves the question of whether lawmakers are willing to vote for such a measure even as many seek reelection.

"Let's ignore the folks that will beat us up over it, 'cause it will go away,'' Thorpe argued. "This will be forgotten."

Borrelli also included a provision designed to address the other objection that Ducey had when he vetoed last year's bill. The higher rate — if it becomes law — would not take effect until the new Legislature is sworn in this coming January.