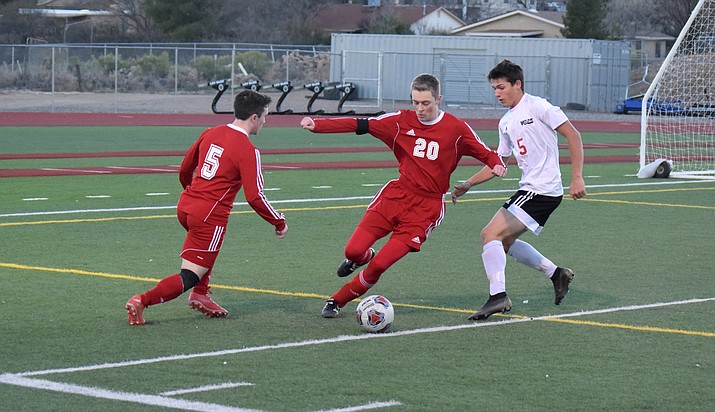 Mingus senior Chance Densmore dribbles past a Volunteer during the Marauders’ 3-1 win over Lee Williams at home on Friday night. VVN/James Kelley

Mingus Union boys soccer season came to an end on Tuesday as they just missed out on the postseason.

The AIA announced the 4A state play-in games and the Marauders narrowly missed out.

Casa Grande got the final spot and will face No. 9 Walden Grove. No. 18 Bradshaw Mountain, No. 21 Prescott and No. 23 Mohave made it into the state play-in.

Flagstaff earned a spot directly in the state tournament.