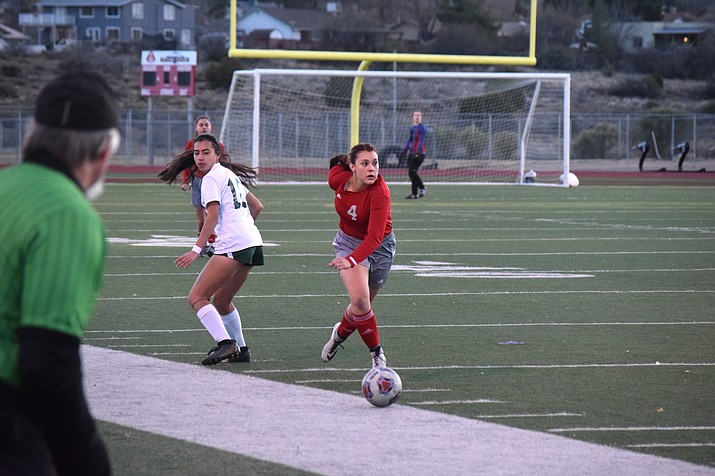 Mingus senior Jaiden Behlow looks up the field during the Marauders’ 3-1 loss to Flagstaff at home. VVN/James Kelley

On Tuesday the AIA announced the 4A state play-in match ups and the teams bypassing that first level of the postseason and the Marauders (10-2, 4-2 Grand Canyon) got a top spot.

Mingus Union was among the top eight teams and so they will get a home state tournament game in the first round on Saturday at 2 p.m.

The state tournament bracket and the Marauders’ seed will be unveiled on Friday at 12:30 p.m. on https://www.nfhsnetwork.com/events/azpreps365/evt04c64435d4

No. 17 Lee Williams, No. 20 Bradshaw Mountain and No. 19 Mohave made it in the play-in, giving the seven-team Grand Canyon Region six teams in the postseason.

Mingus Union closed out the regular season Monday with a 2-0 win over No. 21 Scottsdale Saguaro. The Sabrecats face No. 11 Douglas in the play-in.