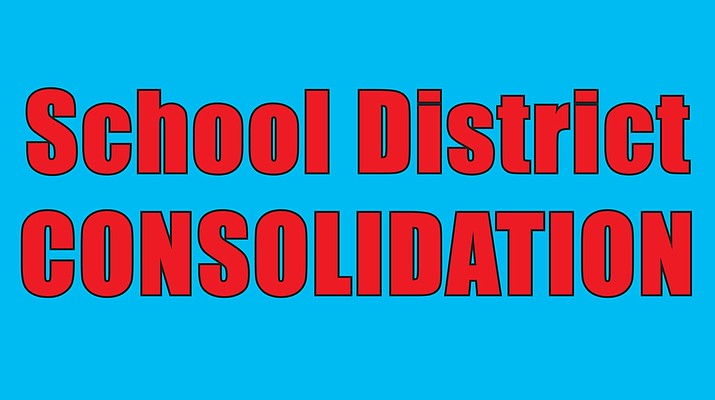 PHOENIX — A proposed bill that would consolidate the election requirements for school district mergers is one step closer to Gov. Doug Ducey’s desk.

The purpose of the caucus, Fischer said, is to “explain the bill to those who were not members of the committee that heard it and see if there are any questions.”

Fischer also said that it “generally is procedural” for a bill to get through both party’s caucuses.

Now that SB 1122 has cleared the Senate caucus, it goes to the Senate floor, Fischer said. The Senate floor and the Committee of the Whole — COW — are “one in the same — sort of,” he said.

“Bills go first to COW, where they can be debated and amended, and then to third reading, usually on a subsequent day,” Fischer said.

Introduced by Sen. Sylvia Allen, SB 1122 was drafted as an amendment to Arizona Revised Statute 15-459, which considers Cottonwood-Oak Creek, Mingus Union and Clarkdale-Jerome and as three separate voting districts.

According to the Arizona State Senate’s fact sheet for SB 1122, the proposed bill would do the following: