Five things to know about Buffalo Soldiers at Fort Verde 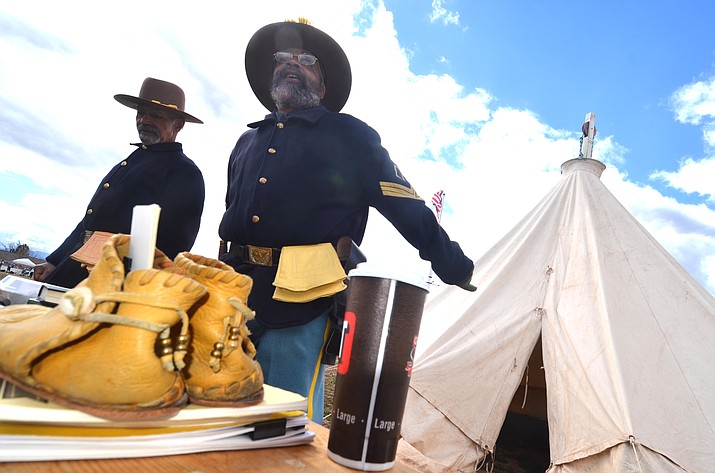 The first Buffalo Soldiers troop serving at Fort Verde was Troop I, 10th Cavalry of the Buffalo Soldiers. It was organized in 1866 and came to Fort Verde in 1885, following a distinguished record of military service during the Indian Wars of the Western frontier.

At 9 a.m., a flag raising ceremony and singing of the National Anthem will kick off this year’s event, followed by a welcome and tribute to fallen Buffalo Soldiers at 9:15 a.m.

Watch an 1860-era baseball game between the Fort Verde Excelsiors and the Prescott Champions on the Fort’s parade grounds.

Players catch the ball with their bare hands, and pitchers lob the ball to the batsmen with an underhand motion. See how similar, and different, baseball was played in 1860.

Buffalo Soldiers will be dressed in period-replica uniforms with equipment issued by the U.S. Army during the 1870s Indian War period.

Dutch oven cooks will serve up lunch featuring roasted ham, scalloped potatoes, corn on the cob, and blueberry cobbler. Cost is $10 donation, $5 for children. Suggested donation for Fort Verde volunteers and reenactors is $6.