Cottonwood off and running with FY 2021 budget process 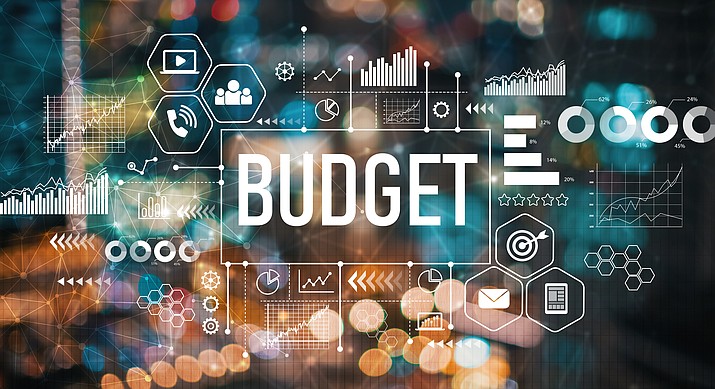 COTTONWOOD — The City of Cottonwood’s most lengthy annual multi-meeting process is officially underway.

In a two-hour work session Tuesday, Cottonwood Financial Services Director Kirsten Lennon led a presentation that included leaders or representatives of 10 city departments, each one outlining departmental accomplishments of the past year, along with challenges for Fiscal 2021.

The starting numbers for this year’s budget talks were not part of Tuesday’s presentation, nor were there any Fiscal 2021 or further-out projected revenues or expenses.

Lennon said the budget, for her department, is a year-long process, and she outlined some important parts to the public side of the budget timeline.

“The tentative budget has to be adopted before the second Monday of July, per state statute,” she said. “The strategic plan approved each December provides a lot of direction. Budget worksheets that include estimates of where each department will end the year. Those are used to put together an initial budget, meet with department heads, and that’s typically when many of the cuts take place.”

The FY 2020 budget includes about $75 million in total possible expenditures, up from about $69 million for FY 2019.City Manager Ron Corbin said his goals include evaluating staffing levels and adjusting as needed. He also it’s been brought to his attention recently that evaluating public safety radios for improvement or replacement has become a priority.

Corbin said the current job market, especially for certain specialty job fields, makes it tough for the city to get qualified applicants for some positions. Corbin was one of a few people who spoke Tuesday to mention the Arizona minimum wage, which rose by $1 per hour to $12 beginning Jan. 1 of this year.

“Some thought that when the wage went up, everyone else’s would go up by the same amount, but what happened was that some jobs became minimum-wage jobs, or close to it,” Corbin said. “So we can’t bring in new staff who would be making more than managers in other departments. So rather than try to fix small pieces of this, what we’d like to do is re-evaluate the entire city hourly wage structure as a whole.

“Transaction Privilege Tax, or TPT, Cottonwood’s sales tax, which the Council raised to 3.5 percent in November 2018, accounts for about 24 percent of city funds and about 50 percent of the city’s general fund.

Lennon also went into detail on the city’s revenue streams from Yavapai County and the state level, with changes possibly reducing how much revenue the city receives from those entities. She also discussed returns from city investment funds.

Most of the department heads who spoke Tuesday, including Lennon, made at least an indirect request for additional staff in Fiscal 2021, pointing out what could be accomplished with as small an adjustment as one new half-time employee.

There will be two work sessions in early April when the other two-thirds of the city’s 25-plus departments will present their budget accomplishments and outlooks.

• TBD in May: Town halls and informal public meetings.