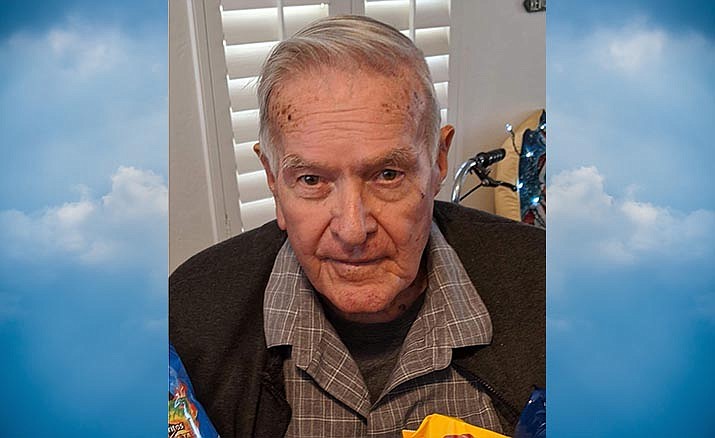 Wesley Mauldin, 89 of Mesa, Arizona, passed away in Mesa on February 5, 2020. He was born on March 30, 1930 in Oklahoma to Virgil and Katie Mauldin. Wesley served his country in the Navy during the Korean War.

He had over 40 years of service as a law enforcement officer, as a retired D.P.S Captain, Town Marshall of Camp Verde, former Chief of Police in the City of Eloy, Arizona and a term as County Supervisor.

Wesley belonged to Clarkdale Baptist Church and served as a deacon. He was a community service volunteer and ran the Bread of Life Mission, feeding approximately 300 people a day for over 7 years, 7 days a week.

Wesley was preceded in death by his daughter, Vickie Mauldin. He is survived by his wife of 67 years, Betty of Mesa; son, Randy Mauldin and his wife Debbie of Mesa; estranged sons, Ron and Rick Mauldin; 9 grandchildren and 15 great-grandchildren.

Graveside service will be held at Valley View Cemetery in Clarkdale on Saturday, February 15, 2020 at 12:00 p.m.