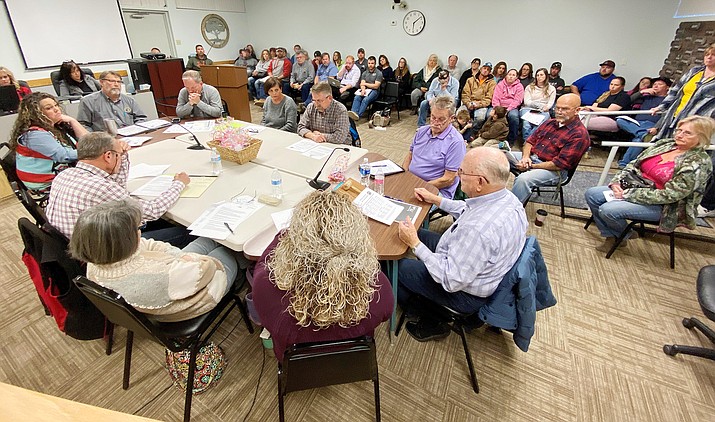 Wednesday, the Camp Verde Town Council considered what it needs, what it wants, and what it can afford to build at the town’s sports complex. VVN/Bill Helm 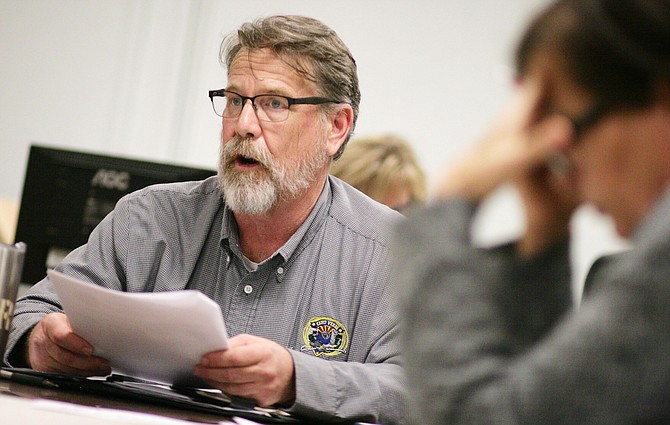 CAMP VERDE — Despite having a low bid just shy of $3 million, there’s still a near gluttony of things the Town of Camp Verde needs – or wants – to make its new sports complex ideal for the customer experience.

Whether – or how – the town will be able to stay under budget was one of several things council discussed at Wednesday’s work session.

At $2.9 million, Tierra Verde Builders came in as the low bid on Phase 1B of the Camp Verde Sports Complex. With two alternatives to the base bid, Tierra Verde’s $3.7 million is still the low bid.

But none of the six bids include components Public Works Director Ron Long considers “necessary for the operation and maintenance of the sports complex.”

From most expensive to least expensive, Long’s department provided a document that included a list of the nine components.

“It’s a menu for you to mix or match,” Long said. “There’s multiple things you could do.”

The cost to include all nine components, based on Long’s estimate, was just north of $2.7 million.

“We could put in just what we need to get these fields going,” Long said. “What could we defer to later?”

Council Member Joe Butner suggested that the town could “save a lot in a step-by-step process.”

“Maybe there won’t be a need for some of these until six months, a year into the process,” Butner said. “At least (we could) stay within budget for a while.”

At an estimated $723,725, Tierra Verde said it could build a second baseball/softball field with under drainage, irrigation, fencing, back stop, dugouts, lighting installation, and scoreboard.

Butner agreed that he thought “it’s important to build the two baseball fields.”

“Two basically the same, and really good,” he said.

Butner also said it “would be great” if grants were available to help build the second ball field, such as through the Arizona Diamondbacks.

Council even discussed the grant writing process, much of which is handled by Parks and Recreation Division Manager Mike Marshall.

“Would it not be feasible or preferable to get a professional grant writer?” Council Member Buck Buchanan asked. “With the money we’re talking about, the cost of a grant writer isn’t much compared to the money we could get. It’s what they do.”

Martin said that on Feb. 19, council is expected to award the low bid on the 100-plus acre Camp Verde Sports Complex, east of the Verde Ranger Station on State Route 260.

Marshall said that anyone interested in providing feedback on the sports complex could call him at 928-554-0828.