Last day to register for presidential preference is Tuesday 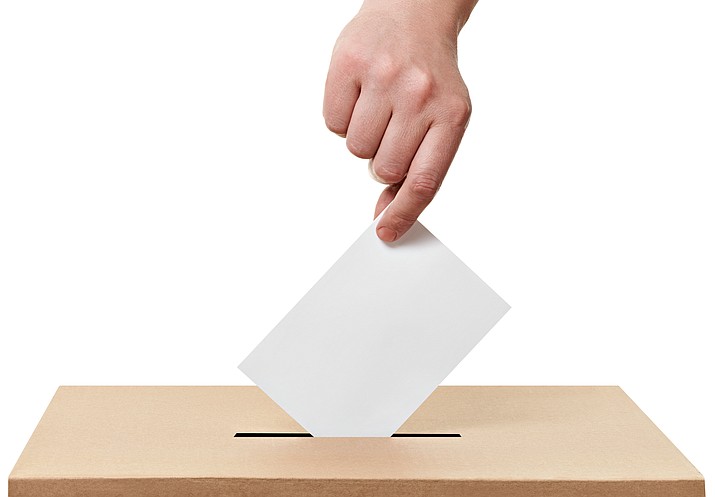 Tuesday, March 17, Arizona voters registered with the Democratic Party will chose their preferred candidate in the 2020 U.S. presidential election. Hoffman reminds that party’s voters that the last day to register for the preference election is Tuesday, Feb. 18; no party changes to Democratic will be permitted after that date.

The preference election is where Democratic Party voters will select 79 delegates to the Democratic National Convention, set for July 13-16 in Milwaukee. There are 3,979 pledged delegates; 494 are from California; New Hampshire has 33 and Iowa has 49.

On Sept. 9 of last year, the Arizona Republican Party announced its 2020 presidential primary would be canceled, with President Donald Trump highly likely to receive his party’s nomination. GOP leaders in six other states have made the same decision.

To be eligible to vote, you must register or update your Democratic Party voter information by Tuesday, Feb. 18. Visit the Yavapai County Recorder’s Office at 1015 Fair St. Rm 228, Prescott or 10 S. 6th St., Cottonwood to register in-person the hours of both locations are Monday through Friday, 8 a.m. to 5 p.m.).

Arizonans can also visit the website servicearizona.com to register online, but that must be done by 11:59 p.m. Tuesday.

Voters may vote early in-person or vote a replacement ballot beginning Wednesday, Feb. 19, at the Yavapai County Recorder’s Office in either Prescott or Cottonwood, through Friday, March 13.

Ballots will be mailed to those voters requesting automatic ballot-by-mail on Feb. 19 as well.

All affidavit envelopes must be signed in original handwriting.

An alternative to mailing a completed mail-in ballot is by dropping it off at one of the 13 official Yavapai County drop boxes. This saves the county 60 cents per ballot in tax dollars. Visit yavapai.us/govote for locations.

D no not mail a ballot in after Wednesday, March 11.

All ballots must be returned to the Yavapai County Recorder’s Office or to an official ballot drop box location no later than 7 p.m. on Election Day, Tuesday, March 17. Late ballots will not be tabulated.