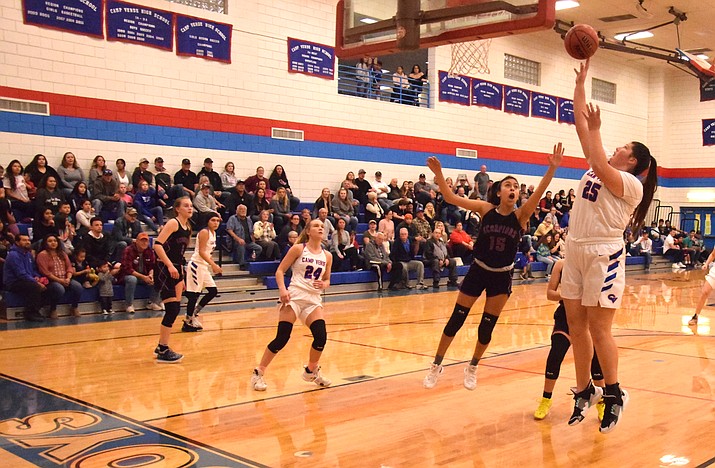 Still, Valley Lutheran only lost the two region games to Camp Verde so the Valentine’s Day date was the de facto region championship.

The Cowboys held Valley Lutheran, who averages 55.3 points a game, to seven points int he second quarter and nine in the third.

Camp Verde opens the state tournament on Friday at a site in the Prescott area.

The victory won the Central Region for the Cowboys as they finished tied 11-1 with Glendale Prep but won the tie breaker due to their 12-1 2A record.

Camp Verde opens the state tournament on Friday at a site in the Prescott area.

Beaver Creek’s coaches, Micca Martinez and Jesica Richardson said “We would like to thank all the volunteers who helped to make the tournament a success.”

Mingus Union boys soccer season came to an end on Tuesday as they just missed out on the postseason.

The AIA announced the 4A state play-in games and the Marauders narrowly missed out.

Casa Grande got the final spot.

Mingus Union boys basketball lost their ninth game in a row in their season finale.