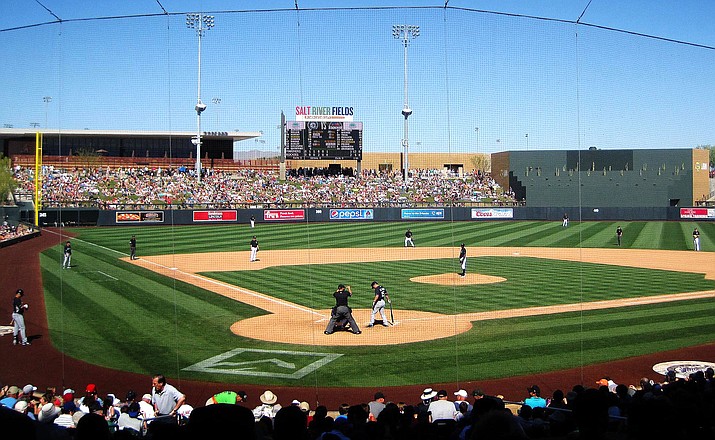 The Cactus League beings play on Friday when the Kansas City Royals host the Texas Rangers. Then there’s a full slate of action on Saturday.

Spring Training is located in the Phoenix Area and from Friday to Mar. 24 there’s at least one game every day.

Interesting concession item: Taquito dog, which is a foot-long hot dog wrapped in a flour tortilla with deep-fried cheese and topped with queso, guacamole and pico de gallo.

Fun fact: The Ohio teams train in Goodyear, which was founded by the tire company of the same name that is based out of Ohio.

Fun fact: The Indians spring trained in Tucson from 1947 to 1992 at Hi Corbett Field, which is now the home of University of Arizona baseball. The Indians are managed by UA alum Terry Francona.

Interesting concession item: The Sonoran Hot Dog is a quarter-pound hot dog wrapped in hickory-smoked bacon and slow-cooked on the grill. It is served on a freshly-baked bun and topped with pico de gallo, pinto ranch beans and mayo.