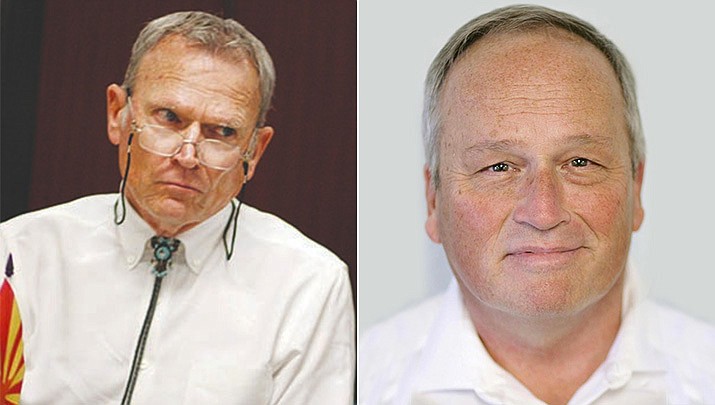 CAMP VERDE — Wednesday, the Camp Verde Town Council will decide whether receiving information but not sharing it with all its members violates council’s codes of ethics and conduct.

Council will consider censure and sanctions against council members Joe Butner and Bill LeBeau for a “serious breach of (the Town of Camp Verde’s) code of conduct” and a “breach of trust among council members,” according to letters of reprimand included in council’s Feb. 19 agenda packet.

Bruce George, who was seeking reappointment to the town’s Planning and Zoning Commission, stated in a Jan. 13 complaint to the town that Butner asked questions at a Jan. 8 meeting “trying to introduce some unsubstantiated allegations” that George had not known about.

However, Butner said Monday that he “never attacked or attempted to humiliate Mr. George in any way.”

“I very carefully was questioning Mr. George and violated no ethics rules, and made no allegations whatsoever against Mr. George,” Butner said. “I am in hope that this baseless complaint will be stricken by council before we have to go further.”

Butner also explained that the reprimand letters “don’t cite any specific ethics or rules that were violated.”

Butner was not the only council member who knew about the December complaint against George, which was called in to the Camp Verde Marshal’s Office just before 6 p.m. Friday, Dec. 13.

On Dec. 19, Council Member Bill LeBeau filled out a public records request for the Dec. 13 incident, then according to the letter of reprimand, passed the information to Butner which “indicates the willful intent to circumvent notification to the rest of the council.”

The document, which both LeBeau and Butner had seen, was given to council on Jan. 9 by Town Clerk Cindy Pemberton.

On Feb. 5, George withdrew his complaint against Butner.

Should council vote to levy censure and sanctions, the town would not pay for Butner nor LeBeau to attend the 2020 League of Arizona Cities and Towns annual conference, the letters of reprimand stated.

But Town Manager Russ Martin said that the reprimand, whether or not it is approved, could change.

“It’s kind of the legislative process,” Martin said. “You make an ordinance you hope will pass. But the words could change. Council in many ways is moving on. This disrupts the ‘moving on’ briefly.”