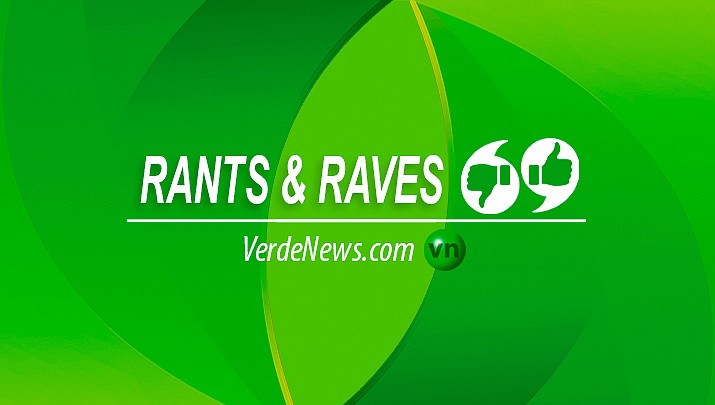 The Verde Independent will debut a new reader forum in the Sunday March 8 edition.

Rants & Raves will be your chance to sound off in 40 words or less about what you like most, or least, about the Verde Valley, or to share your insights on the local, state and national news issues of the day.

As to what is, and what is not, allowed, we will follow the same basic guidelines as with letters to the editor: No attacks on private individuals or named businesses. No commercials or self-promotion attempts. No unsubstantiated or obviously false statements.

It’s your chance to share both criticisms and compliments about what’s going on in the Verde Valley; a place for you to vent or praise things that are going on in town.

The newspaper reserves the right to edit Rants & Raves submissions prior to publication.

There is also a Rants & Raves link at the bottom of every story on our website.