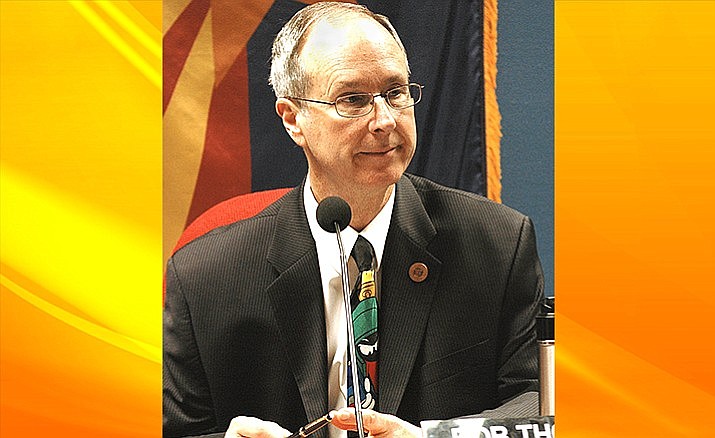 PHOENIX - State lawmakers decided Tuesday that Arizona needs to remember the victims of Communism — but others, not so much.

The proposal, by Rep. Bob Thorpe, R-Flagstaff, approved by the House on a 45-15 vote, would designate every Nov. 7 as Victims of Communism Memorial Day. He told colleagues that this mirrors similar measures being pushed in other states.

"It's nothing more than recognizing the people that died under communism in various countries,'' he said.

"Under Stalin, we had millions of people that were starved to death,'' Thorpe said, referring to the leader of the now-defunct Soviet Union. "In Venezuela, there are people that had food shortages and just real oppression of the people.''

Anyway, he said, it would not be a paid legal holiday.

Rep. Diego Rodriguez, D-Phoenix, was annoyed by the narrow focus of HB 2259.

It starts, he said, with "the realistic possibility that Fascism is trying to rear its ugly head again in this world, something he said cost millions of lives.''

But it doesn't stop there.

"Western expansionism victimized an entire continent in Africa,'' he said.

"It victimized the native peoples of our own country,'' Rodriguez continued. "And yet we're going to now pick and choose over what group of victims were nobler in their suffering, in their loss?

Rep. Isela Blanc, D-Tempe, had a similar theme, saying if lawmakers want to honor and recognize victims, they should start much closer to home.

That concept, coined in 1845, essentially said that the United States was destined -- perhaps by God -- to expand across the entire continent and spread its religious and cultural beliefs over the people who already were living there. In some cases it also became an excuse to force the removal of Native Americans from their lands.

"That would be a really good first step is acknowledging and recognizing our own atrocities of our own people,'' Blanc said.

Thorpe did not dispute the essence of what she was saying.

"I've been spending a lot of time on the Navajo Nation,'' he said.

"They've had some real atrocities committed to them,'' Thorpe said. "Our other tribal nations around the country, the same thing.''

But he pointed out that any lawmaker is free to bring up any resolution or proposal for consideration by the full Legislature.

"If any member wanted to bring forward a day of remembrance for people that have been treated unjustly, I certainly support that,'' Thorpe said. But that, he said, shouldn't affect his proposal.

"The reason why we have this bill here is somebody brought it to me and asked me to run it,'' Thorpe said. "And I thought it was a great idea.''

Tuesday debate went beyond who is a victim to questions of exactly who was being remembered.

Rep. Mitzi Epstein, D-Tempe, pointed out that Thorpe's legislative proposal, like all others, is formatted so that any new language appears in all capital letters. That helps it stand out when being reviewed.

But what that means is that the measure lawmakers were voting on asked them to vote on victims of communism. Yet the caption of the measure, which is not actually part of the bill, used a lower-case C.

That, Epstein said, left her a bit confused -- and provides no guidance to those who would put the law and the new holiday into the statute books.

"If it is an upper-case Communism, then perhaps I can see you meant Stalinism and Leninism,'' Epstein said. "And I can certainly see victims there.''

She said, though, that communism -- with a lower-case C -- is something quite different.

Thorpe, however, dodged her question during floor debate about which he has in mind, saying the bill is simply what was prepared at his direction by legislative staff.

"I will certainly take a look at the bill language,'' he said.

But after the vote, Thorpe told Capitol Media Services he was referring to "Communism, of course.''

The measure now goes to the Senate.