Two men charged with felonies for shoplifting at Walmart 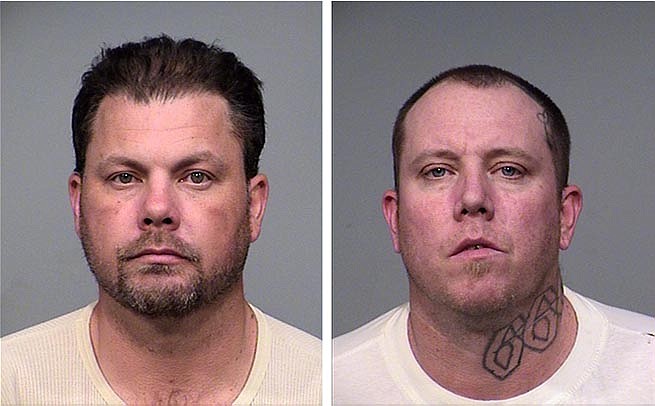 COTTONWOOD — At about 10:20 a.m. Saturday, Feb. 15, Cottonwood police arrested two men believed to be shoplifting at the Cottonwood Walmart.

Spiteri, who was wanted for a previous shoplifting that occurred on Feb. 2, was charged with three counts of fraudulent schemes and artifices, organized retail theft, burglary and resisting arrest. Each charge was a felony.

Spiteri was also charged with burglary “because he was previously trespassed from Walmart and resisting arrest because, well, he resisted being arrested,” Kuhlt stated.

Baker was charged with fraudulent schemes and artifices and organized retail theft. Each charge was a felony.

Both men were taken into custody and booked into the Yavapai County Detention Center.