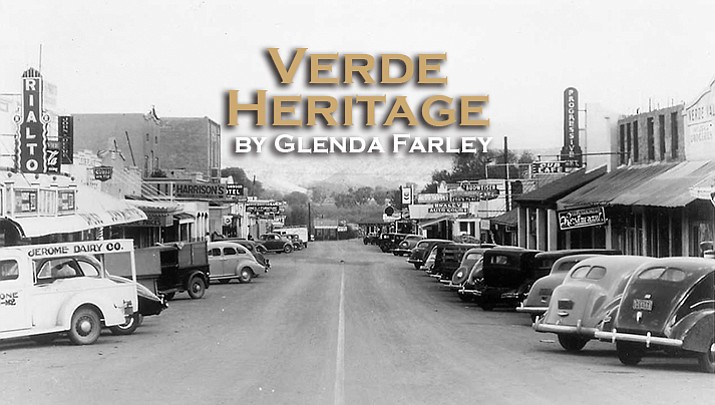 "Phoenix, February 16. --- Following the refusal of Secretary of the Interior Hubert Work to grant any further extension of time to the Paradise-Verde Water Users association to finance their project, it is announced that the Salt River Valley Water Users association will immediately assume control of the Paradise-Verde project and will push it to an early conclusion."

"The project, briefly summed up, calls for the construction of a dam on the Verde River at or near the box canyon, for the storage of flood waters, and the construction of a canal to the Paradise and Deer valleys east of Phoenix in which some 80,000 acres of the finest lands in the southwest are located."

"A LONG STRUGGLE: For some 20 years it has been recognized that there is sufficient flood water in the Verde to make the irrigation of this large territory feasible, but technical difficulties have hitherto made development impossible. The Salt River Valley Water Users association filed many years ago, on the normal flow of the Verde and there has never been any real question as to the rights of that association to such normal flow."

"At the same time it has been recognized that the flood flow of the stream was going to waste year after year, and that such flow is capable of irrigating a large area of land outside the Salt River Valley project. Many attempts have been made to secure rights in this flow, but without success. An association of settlers in the Paradise and Deer valleys was formed many years since, but was unable to finance the project, which will involve tremendously heavy expenditures."

"Finally, the Salt River association offered to assume the financing and operation of the project and the final decision of the federal authorities will enable the work to proceed at once."

"LOCAL EFFECTS: The principal local interest in the matter is that the construction of the dam on the Verde will create a great lake, even larger than that behind Roosevelt Dam, below Camp Verde and extending down to the box canyon. Of course, much land that is now well above the level of the river will be submerged and it is stated that the railroad right-of-way which was surveyed some years ago will also be covered with water. It is certain that several ranches in the Clear Creek district will be below the lake level and several mining prospects will be similarly submerged. The great sulphate of soda and gypsum deposits are, luckily, well above the proposed lake level, although there will be a submergence of considerable ground that carries gypsum."

"As originally surveyed (and it is probable that the old survey will be followed), the lake will come to within a very few feet of the southerly limits of Camp Verde, the survey stakes being not far from the Wingfield Company warehouse, and the water will be backed up the stream almost to the level of the present bridge."

"This means that the Verde district will have, almost at its doors, one of the largest artificial lakes in the west, and it is but reasonable to support that adequate use will be made of the same and that Camp Verde will become the headquarters for boating, fishing, and shooting clubs, while property along the shores of the lake will become a favorite site for the building of summer cottages. The new project means nothing but good to the district at large."

"TO ARIZONA AT LARGE: The addition of some 80,000 acres to the irrigable lands of the state means much to the general prosperity of Arizona, for the greater portion of the lands that will be brought under cultivation can not be excelled in farming value and can raise cotton, citrus fruits, 'canteloupes,' and all other products that have made the Salt River Valley so famous. The project means, reduced to its simplest terms, the addition of this vast acreage to the Salt River project, for the lands to be reclaimed are contiguous to the present irrigated area."

"It is stated that the Salt River Valley Water Users association will make an immediate appropriation for the necessary surveys, etc., and it is expected that actual construction work will be begun before the end of the current year."