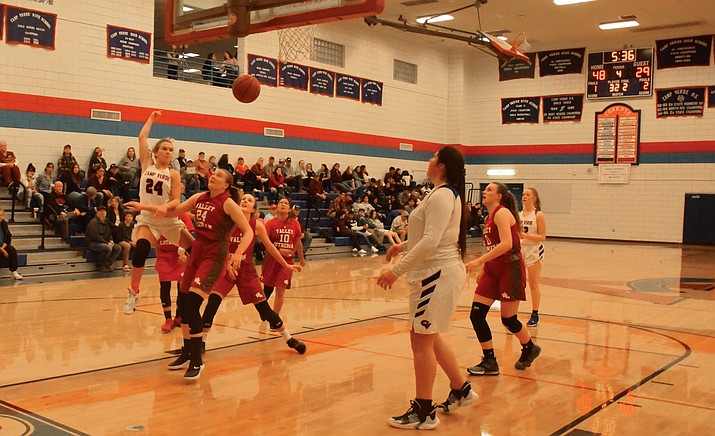 “We had a couple real close calls, the Sedona game and this last game with Glendale Prep but as I told the kids, the mark of a mature team is to be able to handle adversity and come out on top and that’s what these girls did for the entire season,” CV head coach Mark Showers said.

“They are aggressive, strong, they don’t shoot the ball very well but they play very hard,” Showers said.

“It’s cool for the entire school, to have both teams play as well as they have this season, our gym is packed about every night for home games and we really appreciate the community of Camp Verde and the support that they’ve given us,” said Showers, who is also the CVHS principal. “It’s just been a really neat thing for our school.”