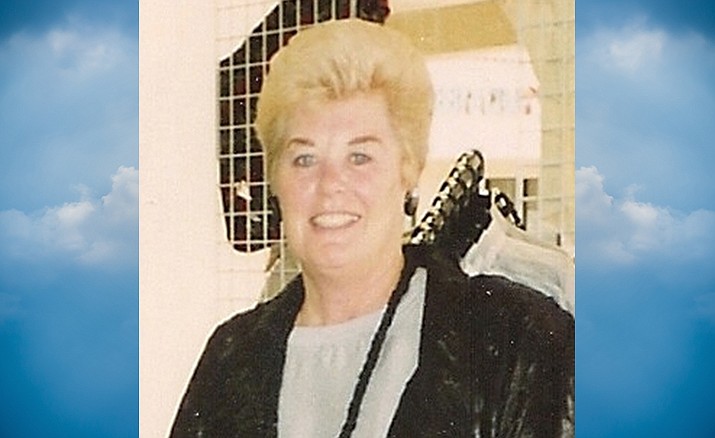 Betty was born in Phoenix, Arizona and was married for 64 years to her longtime sweetheart, James (Jim) Ziemkowski, who she met while in high school. James first saw the beautiful Phoenix Union High School ROTC Queen, Betty, at a roller-skating rink he was at with his buddies and that was it for them both. They married shortly after Betty’s high school graduation.

Betty became a hair beautician while Jim was in the Air Force but later stopped working to continue as an at-home mom to five children. Betty was also a member of the Immaculate Conception parish where she taught a few catechism classes.


In the 60s, Jim and Betty moved to Clarkdale, Arizona, buying a local grocery store in Clarkdale which they renamed to Fairway Foods, Inc. Betty worked for him from home, taking care of the five children and doing all of his store advertising layout for him (which in those days, occupied several full pages of the Verde Independent). Over the years, they opened several other Fairway Foods grocery stores (Camp Verde, Sedona, Flagstaff, Payson, Kingman, Idyllwild (California), for which she continued doing the store advertising layouts. During that time, they moved often...from Clarkdale to Sedona to Cornville and finally Cottonwood, where they built their dream house.

When Jim opened a specialized clothing store, Foxbrier, and expanded Fairway Foods with Fairway Fashions, Betty worked as the clothing buyer and advertiser. Meeting as teenagers, Betty and Jim have always been true partners in all the business workings, both of them working in the home office taking care of invoices, bills, ordering, etc.

Although busy, they found time to enjoy life, traveling the world ... even taking all five children and their families on an Alaskan cruise for their 50th wedding anniversary. In fact, in their 64 years together, they were able to do everything in their “bucket list.”

Betty was preceded in death by her father, Perry Hawkins; mother, Gladys; siblings, Elvest and Lorene and son, Randy Alan Ziemkowski. She is survived by her husband of 64 years, Jim; daughter, Debi McElwee (Dan); daughter, Diana Johnson (Mark); son, Ron (RJ); daughter, Donna Palmer (Darryl); 9 grandchildren and 9 great-grandchildren and several nieces and nephews. She was loved by all.