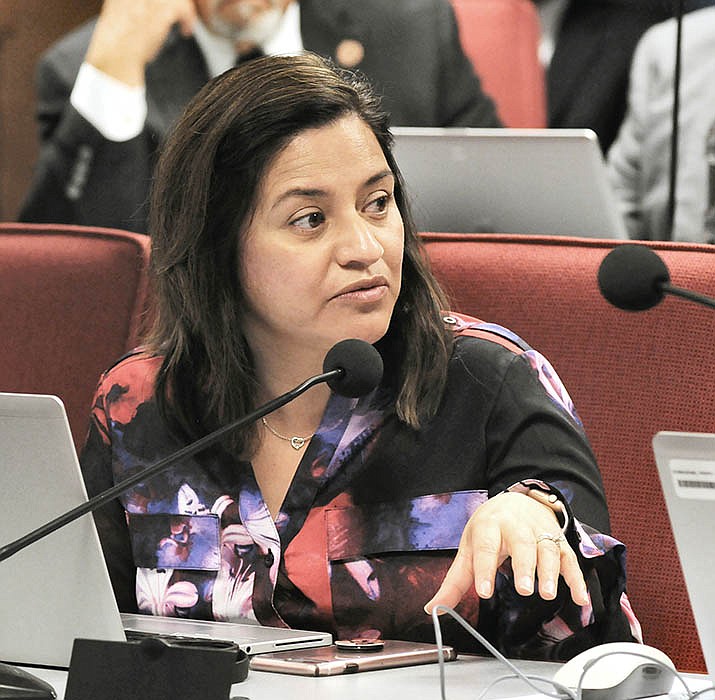 PHOENIX -Arizona Republicans are continuing to advance another measure related to the controversial issue of sanctuary cities despite the decision by the governor not to try to amend the state constitution.

House GOP spokesman Andrew Wilder said Thursday's announcement that a proposed constitutional amendment would be scrapped did not cover HB 2598. That measure seeks to propose new financial liability to any community whose policies keep law enforcement from cooperating with federal immigration officials.

HB 2598 was approved Thursday by the House Government Committee, paving the way for what could be a high-profile and divisive fight on the House floor.

Rep. Bret Roberts, R-Maricopa, the sponsor of the legislation, said the issues are the same as the ones behind the now-scrapped constitutional ban on sanctuary cities: the fear that some communities might decide to adopt sanctuary policies. He said HB 2598 would provide a financial disincentive.

In essence, his measure says victims can sue cities and counties if the person who committed the crime had been released from custody without local officials contacting federal agencies to inquire whether the person was here legally or not. Lawsuits also would be allowed if local jurisdictions ignored a request by Immigration and Customs Enforcement to be notified about someone's pending release.

"This bill allows citizens to take legal actions against municipalities that put the rights of illegal immigrants or non-citizens over those of their own citizens," Roberts told colleagues. He said such policies amount to "putting identity politics before the safety of their citizens."

Roberts, who previously worked for the Maricopa County Sheriff's Office and is now an elected constable in Pinal County, said it's customary for law enforcement agencies to cooperate with each other.

"They do not hurry and let the individual go before another agency can get there," he said. "Why would we do this for someone who is not a citizen when we don't offer this or afford this to our own citizens?"

Democrat opposition to the measure, approved on a 6-5 party-line vote, focused less on what the measure allows than on the broader question of why is this needed, given that state law already prohibits local governments from cooperating with federal immigration officials. But it also touched a nerve about targeting Hispanics and migrants.

"I was undocumented," said Rep. Isela Blanc, D-Tempe, who was born in Guadalajara, Mexico, and brought to this country as a 6 and 1/2-year-old child. "You all know that."

At that time, she said, there was no effort by legislators to target those not here legally. She started the path to citizenship through the 1986 amnesty program approved by President Reagan, gaining legal status two years later.

Blanc told colleagues that is a far cry from the attitudes and practices of current elected officials.

"Under your eyes, I guess I was a criminal, unworthy of being here, unworthy of even being considered human according to the laws that you continue to dictate," she said.

And Blanc took a slap at lawmakers targeting those not here legally.

"Those undocumented people that you are trying to demonize and criminalize, they clean your homes, they clean your hotel rooms, they wash your cars, they do your landscaping," she said. "Stop politicizing and demonizing us and start seeing us for who we are: contributors to this nation and to the community because we love America."