Reward increased to $2,200 in quest for suspect in attempted homicide 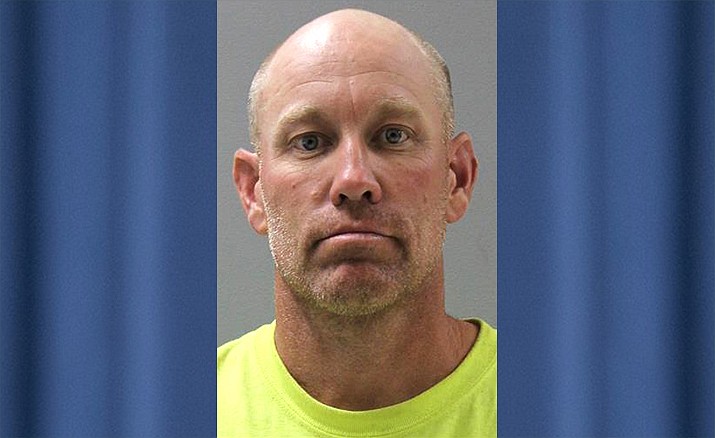 YAVAPAI COUNTY — The Yavapai County Sheriff’s Office is still seeking your help in locating a convicted criminal — and the reward for information that leads to his arrest is now more than $2,000.

Robert David Pearsall III is wanted on charges that include first-degree attempted homicide and two counts of aggravated assault.

Pearsall, 42, was convicted on the above charges, which stemmed from an attack that occurred near the Verde River in Yavapai County in September of 2018 that left the victim seriously injured.

Pearsall was out on bail during his trial and failed to appear to court just prior to his conviction. He’s been at large since.

Anyone providing information that leads to Pearsall’s arrest could be eligible for a $2,200 cash reward.

To earn this reward, you must call Yavapai Silent Witness at 1-800-932-3232 or submit a tip through yavapaisw.com. All tips and calls are anonymous.

Pearsall is described as a white male, about 5-feet, 11-inches tall, 165 pounds with blonde balding hair and green eyes. His last known address was on Moall Drive in Prescott.

On Sept. 8, 2018, Pearsall was camping in the area of Bear Siding campsite, near the Verde River, when he approached the victim from behind, police allege. Unprovoked, Pearsall allegedly struck the male victim about the face and head several times with a hardened piece of wood until the victim went to the ground unresponsive and bleeding from the head and face.

Pearsall then fled the scene.

As a result of the attack, the victim suffered a concussion, a traumatic laceration, partial loss of his right ear and multiple bruises and abrasions. Pearsall was arrested for the offense but was subsequently released on bond, pending his trial.

Pearsall then fled prior to his conviction and sentencing.

He has two outstanding warrants: one with no bond and nationwide extradition and the other with a $100,000 bond that makes him extraditable in Arizona only.