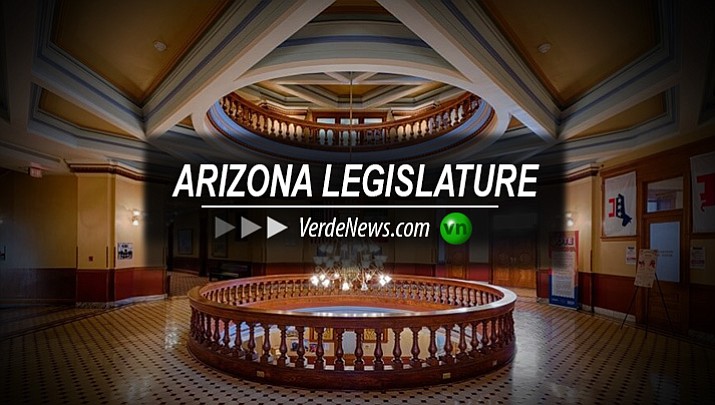 PHOENIX - State senators voted Monday to limit the leeway of the Independent Redistricting Commission to draw legislative boundaries despite claims it could illegally harm the ability of minorities to elect lawmakers of their choice.

SCR 1018 would say that the population differences between the largest and smallest legislative districts created could be no more than 5,000. That's about a 2.3 percent differential.

By contrast, the U.S. Supreme Court, in a 2016 ruling, upheld district lines with up to a 10 percent differential in population, or about 25,000 in districts that after the census, are each expected to have more than 240,000 residents.

The measure needs not only a final Senate roll-call vote but also the approval of the House. And in the end the measure has to go to voters because it seeks to amend the Arizona Constitution

The problem with that, according to Sen. J.D. Mesnard, R-Chandler, is that commission members stuffed Republicans into districts that already had Republican majorities, making them overpopulated. And the result, he said, is residents of those overpopulated districts effectively have less political strength.

What it also did was create more districts where Democrats -- and minorities in particular -- had a chance to win. So Mesnard's measure asks voters to rein in the commission when its meets again after the new decennial census results are in and the lines for the 30 legislative districts need to be redrawn.

Prior to 2000 legislative and congressional lines were drawn by state lawmakers. That often resulted in districts that were favorable to the party in control.

That year voters created the Independent Redistricting Commission of five members, four chosen by leaders of the two major parties and those four selecting a fifth. The law requires commissioners to create districts that respect communities of interest, use county boundaries when possible, create as many politically competitive districts as possible, and have districts of equal size.

What it also does is mandate that the commission draw maps that comply with the federal Voting Rights Act which generally precludes any changes in voting laws that dilute minority voting strength. It was that goal that led to the commission nearly a decade ago creating disparate-sized districts -- the districts that Mesnard contends disfavored people living in Republican districts like his.

Sen. Jamescita Peshlakai, D-Window Rock, read a resolution from the Navajo Nation Human Rights Commission which argued that what Mesnard wants will make it difficult to maintain the current map where one of the 30 legislative districts has sufficient Native American population to ensure the election of one of its own.

Mesnard said he understands that goal.

"But at what expense?'' he asked. Mesnard said the trade-off is undermining the constitutional concepts of equal representation.

He also decried the fact that the maps were drawn nearly a decade ago -- the ones the commission said were necessary to protect minority voting strength -- ended up splitting both the cities of Casa Grande and Yuma into two separate legislative districts.

The reason Mesnard is seeking a state constitutional amendment is because the Supreme Court, while acknowledging the population differences created by the last commission, found it did nothing illegal.

Justice Stephen Breyer, writing for the unanimous Supreme Court, acknowledged that the U.S. Constitution requires states to "make an honest and good faith effort to construct legislative districts as nearly of equal population as is practicable.'' But he said that does not mean the margins used the last time around were illegal.

"The Constitution ... does not demand mathematical perfection,'' he said. Breyer said that in determining what is "practicable,'' states can vary from the idea for "legitimate considerations.''

And in this case, Breyer wrote, the evidence showed that the redistricting commission drew the lines the way they did to comply with the Voting Rights Act.

Breyer did not dispute that the final maps may have given Democrats an edge. But he said that was the logical outcome of the goal as creating as many legislative districts as possible where minorities might have a chance to elect someone of their choosing.

Monday's vote is far from the last word..