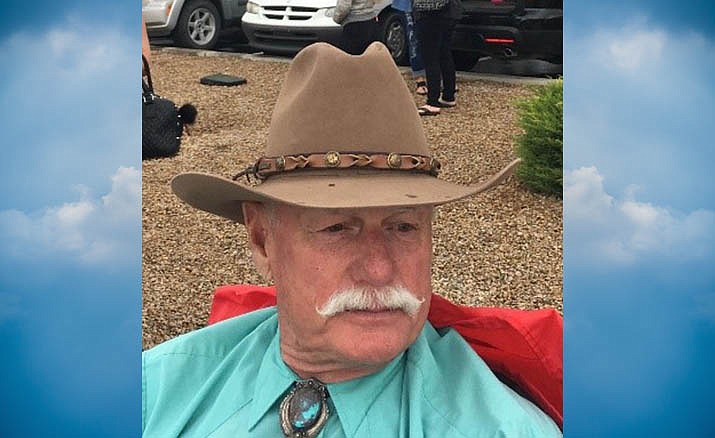 John Carl (Jack) Young, 75, passed from this earth on Sunday, Feb. 16th, 2020 at his home, surrounded by his wonderful children, loving wife of 53 years and his devoted buddy, Ruckus.

Jack was born on February 19th, 1944 in Whittier California to Richard and Kay Young.

After the service, he became a journeyman lineman and tree trimmer for Southern California Edison Company.

Along with Jack and Susie Blum and his wife Janie, Jack was co-owner of Roadrunner Rentals & Equipment Company for 23 years. Jack also volunteered as the official videographer for the Camp Verde High School Wrestling Team. If all these interests were not enough to keep him busy, his avid hobby of metal detecting was a constant source of pleasure. Finding a coin or an old relic was good, but being outdoors enjoying nature was his true treasure.

Jack loved his 2nd Amendment Rights, the U. S. Constitution, the flag and his Country.

He cherished his children, Travis (Stacy) of Phoenix, Heather (Larry), Brandi (Jake), Jaden, Adalynn, Ryan (Jade), Madison (Anthony) and many nephews and nieces. Jack loved his family and dear friends, and they loved him in return.

He will be missed.

Day is done, gone the sun

All is well, safely rest, God is nigh.

And a star gems the sky, gleaming bright.

From afar, drawing nigh, falls the night

Thanks and praise, for our days,

Scouts must go to their beds

Always true to the promise that they made.

While the light fades from sight,

To thy hands we our souls, Lord, commend

Condolences may be shared at www.BuelerFuneralHome.com.