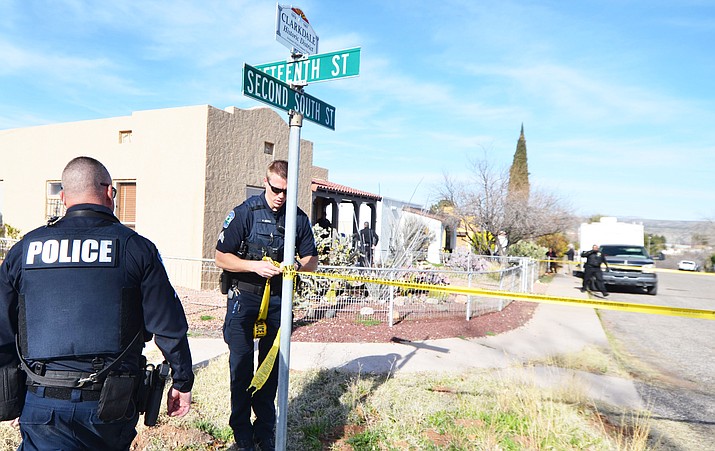 Multiple agencies responded to a home at 1424 Second South Street in Clarkdale on Thursday afternoon at about 3:30 p.m. The Clarkdale Police Department, in a release, said a man, who has yet to be identified, was shot and killed during a confrontation with officers who responded to reports of a domestic disturbance. VVN/Vyto Starinskas

Shooting in Clarkdale by Verde News 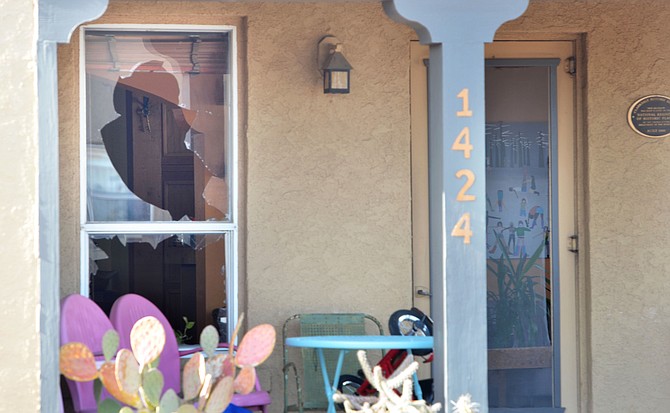 CLARKDALE — One man was pronounced dead on scene Thursday afternoon after a confrontation involving a Clarkdale police officer.

At about 3 p.m. Thursday, officers responded to a dispatch regarding reports of a domestic disturbance inside a home at 1424 Second South Street in Clarkdale.

During a confrontation with a man at the house, an officer shot and killed the suspect, who was pronounced deceased at the scene.

The officer was not injured.

A 4-year-old child, who was injured prior to the arrival of officers, was flown to Flagstaff Medical Center for treatment; no information was available Saturday on the girl’s condition.

According to a news release, Clarkdale Police Chief Randy Taylor has asked the Department of Public Safety’s Officer-Involved Shooting Team to handle the investigation.

Per policy, Clarkdale Police said, the officer’s name was not be released for at least the first 48 hours after the incident.

The deceased suspect’s identity was being withheld pending next-of-kin notification.

Multiple agencies responded to the scene, including the Jerome and Cottonwood police departments, Yavapai County Sheriff’s Office and the Arizona Department of Public Safety.

An entire block of central Clarkdale was cordoned off by investigators.

The Verde Independent will publish more news on this story as information is obtained from DPS.