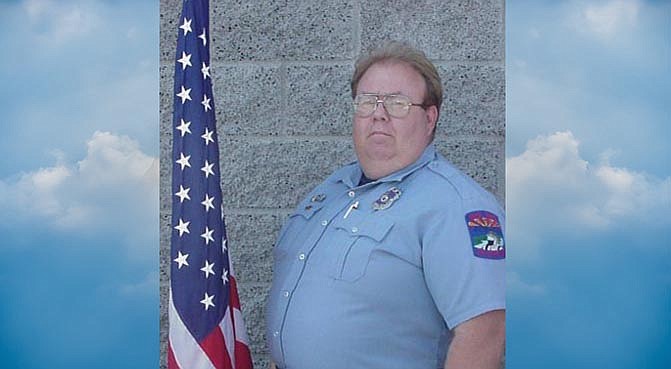 Captain Mike Rigsby of Cottonwood, Arizona was 64 years old. After a long battle with cancer, he passed away on February 4, 2020, in his home surrounded by his family.

Michael was born on 4/11/55 in Phoenix, Ariz., to Geraldine and Lloyd Rigsby.

Captain Mike Rigsby had a distinguished career as a Firefighter/Paramedic that spanned nearly 30 years. He started as a volunteer and became the first career Fire Fighter for the city of Cottonwood in 1976.

He was at the heart of what has grown to become the Verde Valley Fire District.

His son Mike, currently a Captain/Paramedic with Williamson Valley FD, is maintaining the established benchmarks his father laid down before him.

Following his retirement in 2003, he found several occupational opportunities to get him “down the road.” He drove school buses for the Cottonwood/Oak-Creek School District and commercial tour buses to pass the time and find new adventures.

He loved Cottonwood and bar tended on the Verde Canyon Railroad, just to share history with those who toured the area. He had many passions in life, including camping, fishing and simply being at one with nature. One of his biggest passions was riding his bike.

He loved to just pedal away for miles at a time. He approached life with a commitment to being of service and bringing a smile to those around him.

Mike is survived by his wife, Anne; daughter, Jennifer; step-son, Michael; step-daughters Tammi, Circe and Brianne and 14 grandchildren. He is also survived by two sisters, Carol and Donna and his brother Rex. He is preceded in death by his brother Charles.

Bring your stories and a desire to mark the significance of his passing for his family, fire family and community of Cottonwood.