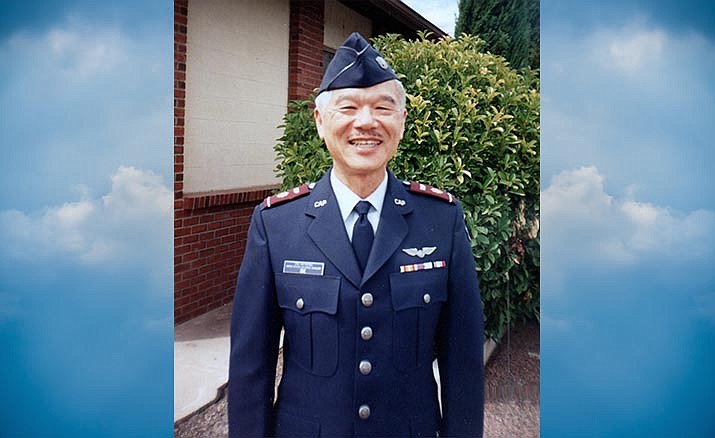 M.R. Mike Sue was born in San Francisco, California on the 6th of May 1929. He entered the U.S. Army from the Presidio there, serving in division headquarters of the 2nd Infantry Division amongst other positions.

After service in the U.S. Army, he was classified by the federal government as a World War II veteran. After leaving the army, Mike attended City College and graduated with an AA degree in commercial art and a life membership in the collegiate scholarship society Alpha Gamma Sigma.

After college, Mike worked briefly in the U.S. Post Office, then becoming Advertising Manager at the King’s Business Magazine, at the time published by the Bible Institute of Los Angeles.

After leaving the magazine, Mike worked briefly at Pacific Press in the art department before joining Northrop Corporation (now Northrop Grumman), working in aerospace area of the company for quality control and eventually in the Art Department as a line artist.

Mike worked his way into lettering an English calligraphy. Eventually, Northrop transitioned into computerization and Mike ran a group making many control rooms for the company and many other projects.

Mike continued doing calligraphy, however, in support of the company’s efforts to sell fighter planes worldwide. Northrop fighters are in use around the world.

Bessie passed away in 2009 and after some years, Mike married Sharon Terry.

Mike was a member for the Civil Air Patrol (officially auxiliary to the U.S. Air Force by act of Congress) for 24 years, working the entire time as public affairs officer, squadron historian and as squadron commander, retiring with the grade of lieutenant colonel.

After retiring from the Civil Air Patrol, Mike decided to fully retire and has since become a faithful attendee at the Canyon Trails Cowboy Church of Sedona.

An online guestbook is available www.westcottfuneralhome.com.