In the groove: Vinyl revival is hip; overtaking CD market 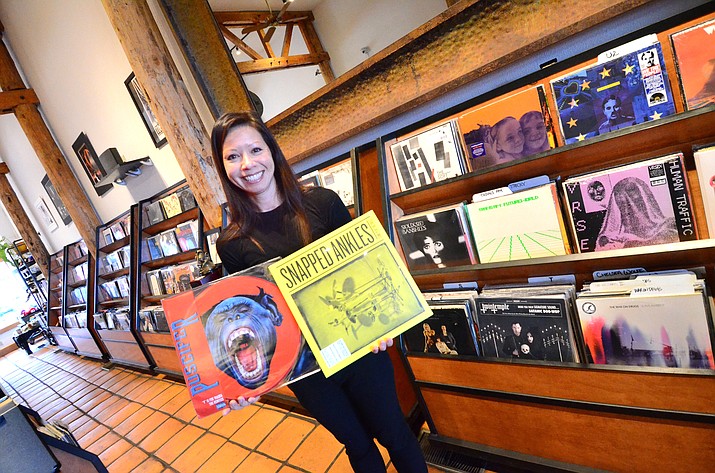 Jen Keenan, manager of Puscifer – The Store in Jerome, displays a Puscifer album with a colored vinyl album on the left and a traditional= album cover at her Jerome store. VVN/Vyto Starinskas 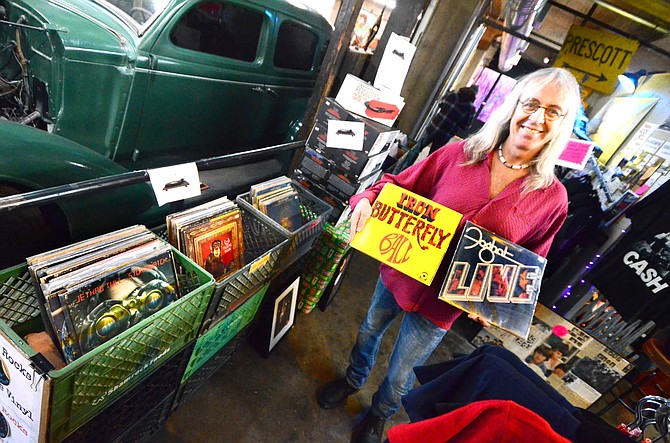 The vinyl album is no longer the aging hippy sitting in a corner that no one wants to play.

Suddenly, vinyl albums are hip. They are predicted to outsell CDs for the first time since the 1980s.

The store has been selling vinyl albums for four years and “it’s growing more and more each year,” she said, adding she was not surprised vinyl was overtaking CDs.

Keenan said her store specializes in new albums and new releases, but said she prefers unusual bands and tends to stay away from Top 40s.

They have everything from the Vagrants, The Qemists, DJ Dogg, the Melvins, Pigface, the New York Dolls, Blondie, Louis Armstrong to Frank Sinatra and hip hop to electronic to reggae to punk to classic rock.

And of course, she carries vinyl albums of her husband’s three bands: Tool, Puscifer and A Perfect Circle. She is married to Maynard Keenan.

Tool’s vinyl albums are available in the store because they sell out the minute they get them in, she said.

“Everyone wants vinyl,” Keenan said. “It’s a lot of nostalgia. People love the tangible artwork and different colored vinyl. And the sound is better from vinyl than CDs.”

The analog format recordings made of polyvinyl chloride (vinyl albums) were replaced by compact discs in the 1980s and 1990s. Both vinyl and CDs met more competition from streaming and download services.