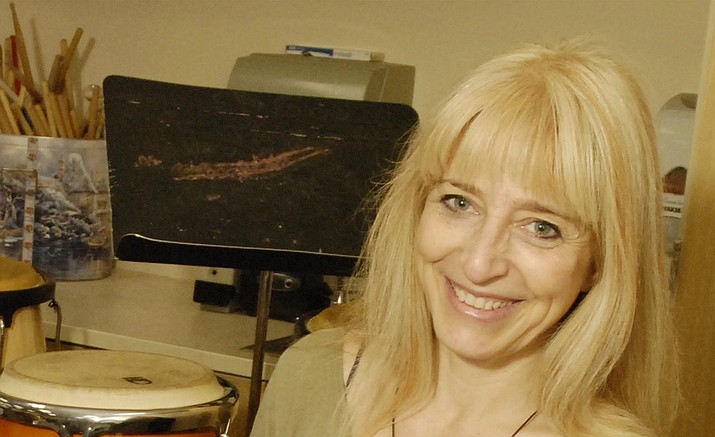 Sound Bites Grill promises an evening of romantic dancing or just listening to beautiful songs played by the combo. The band’s leader, George Bein, said that Shondra will definitely add a new dimension to the group’s performance.

Shondra Jepperson is an alumni of the Juilliard School of Drama with an impressive resume reflecting performance credits of 42 years in the entertainment business.

Besides her acting credits in leading roles in musicals and plays, she’s starred in her own shows in Las Vegas, Reno and concerts across the USA and on several cruise lines.

The band will also have Dave Scott on piano and trumpet, Selwyn Reams on upright bass and George Bein on drums. Be sure to bring your dancing shoes as you snuggle on the dance floor with your partner while the combo plays very danceable music. A variety of Latin and up-tempo songs will be played as well.

You will definitely want to be on the dance floor when you hear “When I Fall in Love”, “My Eyes Adored You“, “Your Love” and “It Had To Be You” just to name a few.

There is no cover charge for this event. In addition, Sound Bites will offer their Early Bird Special Menu for the entire evening while “The Classics” enchants audience and dancers alike with their beautiful music.

Dave Len Scott is a happy new resident of Northern Arizona, formerly working as a trumpeter and pianist in the San Francisco Bay Area, recording and touring with Concord Record Jazz Artists such as Rosemary Clooney, Michael Feinstein, and Big Kahuna and the Copa Cat Pack, and also touring with the Boz Scaggs band from 2004 to 2008.”

Selwyn Reams joins the trio with his mastery on jazz bass.

Originally from Arizona, Reams grew up in a musical family and became a musician early, playing several brass and reed instruments.

He took up the double bass while in college at Northern AZ University (NAU) and has played double bass in seven different Symphony and Chamber Orchestras. He has performed with many high profile artists, including Cedar Walton, Joe Williams, Emmy Lou Harris, Donald O’Connor, John Lee Hooker and DeeDee Bridgewater.

Rounding out “The Classics” is bandleader and drummer, George Bein. George started his musical journey as a drummer with various high school and college dance bands. His path then led him to earn his PhD in Electrophysics and a career in the field.

Bein was overjoyed to return to the drums, first joining the percussion section of the Cottonwood Community Band, and now, as founder of his own band.

Sound Bites Grill is located in the Hyatt Pinon Pointe shopping center in uptown Sedona, off of Hwy 89A. This venue is offers live music all week. Call 928-282-2713 for more info visitSoundBitesGrill.com.