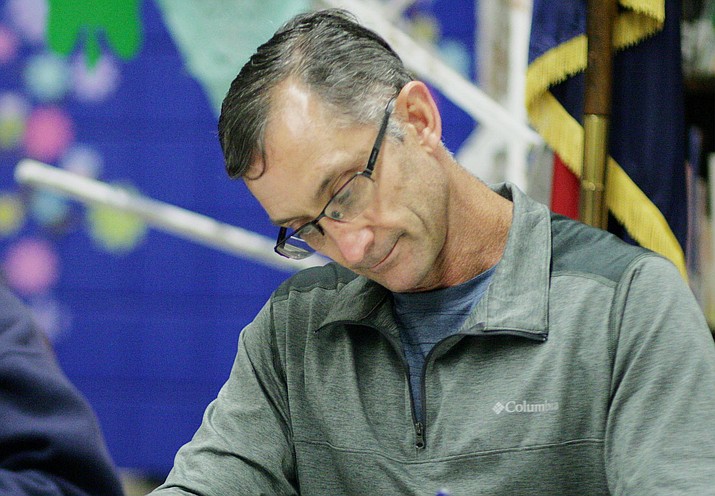 In the Jan. 5 story "Camp Verde Schools 2019: Bible elective, computer hacking lead Camp Verde schools stories for 2019," we stated that Camp Verde Unified School District "has no plans to teach religion at its high school until the district is certain that enough students are interested."

The story has been corrected to state that Camp Verde Unified School District "has no plans to teach the Bible at its high school until the district is certain that enough students are interested."

But the big news coming out of Camp Verde Unified in 2019 was the district’s decision to approve curriculum for a Bible elective course, and a hacker who infiltrated the district’s computer systems less than a month before the start of the 2019-2020 school year.

Bringing Bible back to school?

In December, the Camp Verde School Board approved curriculum to teach the Bible as an elective at Camp Verde High School.

But the district has no plans to teach the Bible at its high school until the district is certain that enough students are interested, Administrator-in-Charge Danny Howe said following the board’s Dec. 10 meeting.

The approved Bible curriculum was provided by the National Council on Bible Curriculum in Public Schools. However, at least 10 students are needed for Camp Verde High School to offer an elective, Howe said.

In February, the high school will learn how many students want to take the Bible as an elective when the school holds its preregistration for the 2020-2021 school year.

At the school board’s first meeting of 2019, Cottonwood residents Barry Jones and Tony Isola asked Camp Verde Unified to teach the Bible for credit. In February, the board voted to pursue possible Bible instruction.

According to a letter to the board dated Dec. 8, 2018 by Jones, Isola and Greg Roeller, Arizona Revised Statute 15-362 Sec. 4-15-717-01 “authorizes high schools in Arizona to offer a Bible influence elective course for credit.”

Jones, who has “been active in the evangelical community for most of” his life, said in February that his group is “motivated to encourage our schools to teach the Bible because of the startling Biblical illiteracy among our young people,” and the “lack of knowledge about the Bible that has resulted has left entire generations now without an understanding of the origins of western civilization.”

Camp Verde Unified discovered on July 26 that the district’s technology servers had been hacked.

“We didn’t miss any checks to our staff,” Howe said. “We handwrote the checks.”

During the district’s first month of the 2019-2020 school year, one high school teacher performed PowerPoint presentations “on her phone, and others are bringing their laptops to school,” Camp Verde High School Principal Mark Showers said in August.

In a show of community support, the Yavapai County Technology Consortium donated 100 desktop and 50 laptop computers to Camp Verde Unified while the district rebuilt teachers’ computers.

The top award - $416K – went to Steven Petty, who announced he would attend the United States Air Force Academy in Colorado Springs, Colorado.

Petty, who graduated from Camp Verde High School with a 4.53 weighted GPA including AP courses, said he had been fascinated by flight since he was a child.

For the fifth year in a row, Camp Verde’s yearbook staff was recognized with a Gallery of Excellence award for its 2018-2019 yearbook “Intentionality: Live It Like You Mean It.”

According to Walsworth yearbook representative Jen Wilson, the Camp Verde High yearbook students and staff “continues to produce covers, designs, and copy that is a step above the rest.”

Tina Scott, the school’s yearbook advisor and graphic arts teacher, said that she watched her students learn that “no matter the circumstances, as a staff and cohesive team, or as an individual, we must resolve to be intentional and give our all, not just to our tasks but to each other.”