More than 400 pounds of marijuana found abandoned near Rimrock, Sedona 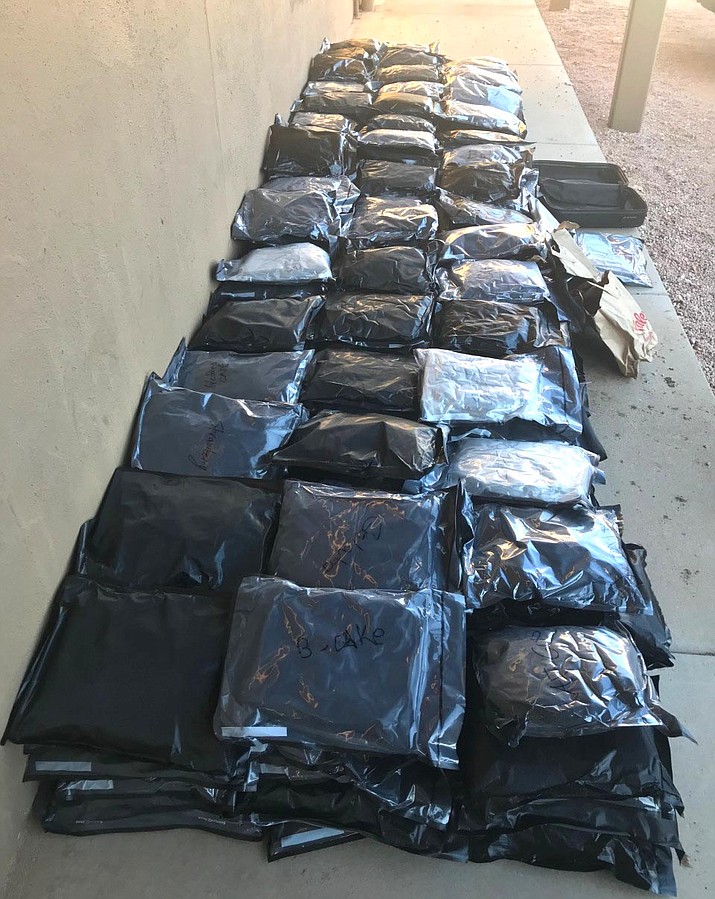 U.S. Forest Service personnel close inspection of trash bags and a phone call to Sedona Police led to seizure of more than 400 pounds of marijuana and THC wax on Friday. No arrests have been made. VVN file photo Courtesy of Yavapai County Sheriff’s Office

Forest Service personnel initially thought the pile was simply trash, but closer inspection showed it was many vacuum-sealed packages of marijuana. There was no immediate evidence as to ownership or suspects involved.

There were more than 30 packages of marijuana weighing 48 pounds booked into evidence. Partners Against Narcotics Trafficking detectives were contacted and will handle the investigation.

About six hours after the initial call, PANT detectives were notified by the Sedona Police Department regarding more found packages containing marijuana.

PANT detectives arrived to assist officers and noted the packages were similar in appearance to those found near Rimrock. There were more than 230 packages — each weighing around 1.5 pounds — with a total weight of 357 pounds.

A package containing THC wax was also located, weighing about 7.5 pounds. PANT detectives estimate the street value of the marijuana at $648,000 and more than $100,000 for the THC wax.

The investigation into both these seizures is ongoing. Anyone with information regarding the packages and/or suspect(s) involved, is urged to call Yavapai Silent Witness at 1800-932-3232. A direct tip that leads to arrests in this case becomes eligible for a cash reward.

YCSO advises citizens that if anyone comes across materials like this, alert law enforcement immediately. Contraband loads may be bobby-trapped and/or may contain dangerous chemicals/additives which could be harmful to humans.