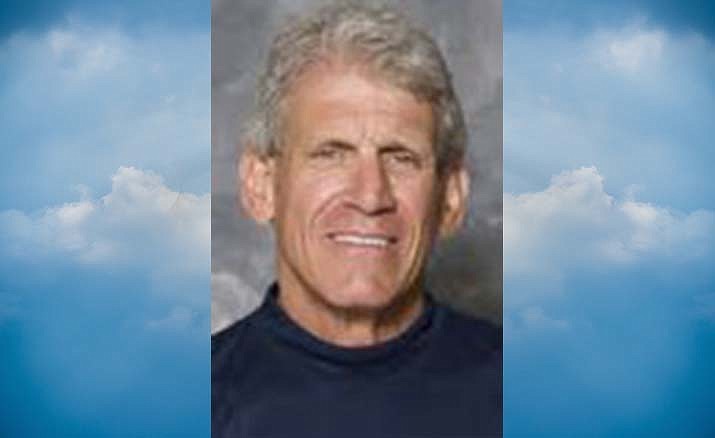 Tom was born in Albany, NY, and attended SUNY Cortland and the University of Bridgeport.

He coached college football at the Citadel, Dartmouth, Davidson and the University of Bridgeport before going to the United States Air Force Academy, where he was on staff for 23 years. While at USAFA, he coached the defensive line, outside linebackers and coordinated special teams.

After his death, the USAFA issued a press release, acknowledging Tom’s work as mentor, friend and role model to the student-athletes he coached.

Tom later went to CSU Pueblo and helped launch their new football program. In 2013, Tom married Debbie Pardee in Colorado and they moved to Arizona in 2015.

He was the Athletic Director and head football coach at Sedona Red Rock High School. He was a substitute teacher at Mingus Union High School. Recently he was hired as a ski instructor at Snowbowl. Tom loved all sports. He and Debbie frequently hiked in the Grand Canyon. He loved jazz and Sunday mornings at the Red Rooster Café. He loved his dog Sigmund. Tom was preceded in death by his parents and son, Michael. In addition to Debbie, Tom leaves behind his daughter, Emily (Renee), son, Bo (Jordyn), and step-son, Alex Lineberry (Zoey); beloved grandchildren; Bella, Damian, Oaklynn, Reef, Aurora and Eleanor; sister, Sue Colthurst; brother, Steve Miller; nieces and nephews and many cousins.

A memorial is planned for January 18, 2 pm, at Oak Creek Country Club in the Village of Oak Creek. Donations in Tom’s name may be made to the Grand Canyon Conservatory (www.grandcanyon.org).